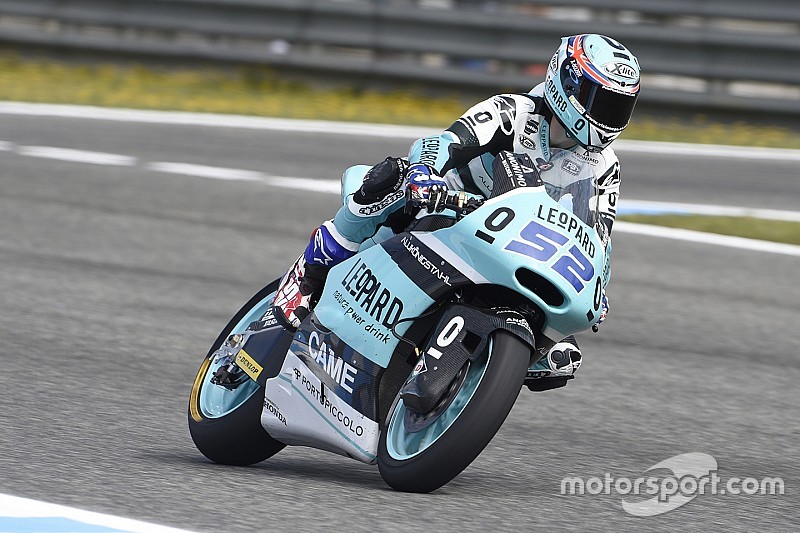 Reigning Moto3 champion Danny Kent says his ambitions of securing a ride in MotoGP are now likely to have to wait until at least 2018 following a tough start to his return Moto2 season.

Kent, the first British rider to become World Champion in Grand Prix racing since 1977, made the step up to Moto2 for 2016, choosing not to take up offers to graduate directly to the premier class.

And, with 2017 contracts already being signed in the MotoGP paddock, the Wiltshire-born rider admits he may now be forced to spend longer in the intermediate category than he had intended.

"The plan for me was to come to Moto2, try to have a strong year and then try to get a good contract for 2017 in MotoGP," Kent told Motorsport.com.

"If things continue the way they are at the moment in Moto2, then of course I won't be able to make a step up to MotoGP.

"But we still have a more or less full year ahead of us, and a lot of races where I can improve. If we can have a strong second half to the year, who knows?

"Maybe we find a good contract for 2017 in Moto2 and that year we can fight for the championship, and then go on to a factory team [in MotoGP] in 2018."

While Kent kicked off his 2016 campaign with a promising sixth place in Qatar, he has failed to score points since, retiring at both of the last two races at Austin and Jerez.

"We have to look how the first few races have gone; we can't expect ourselves to go out there and win races.

"The main goal for me is just to keep closing the gap to the leading group, and hopefully by the end of the year we can try to challenge for a podium and be constantly inside the top five."

Despite already spending a year in Moto2 with Tech 3 in 2013 before taking a step back to Moto3, Kent said this prior experience counts for little as the series has "changed a lot since then."

"I almost feel like a rookie because it was three years ago that I rode a Moto2 bike, which was completely different," he said.

"Even the team I'm working with [Leopard Racing] have experience with Stefan Bradl, they won the World Championship [in 2011], but my crew chief said to set the bike up now compared to then is completely different.

"The way the tyres react is completely different, so it's almost like I'm a rookie and we're trying to find what's best for this year."

Kent also named adapting to the riding style needed to get the most from Moto2 machinery as one of the main challenges he faces.

"That's probably one of the things I still need to adapt to because I'm riding too much like I'm riding a Moto3 bike," he admitted.

"This is my problem, I'm going to the corners too fast and on the exits I'm running wide and not being able to be on the power. With so much power we have in Moto2, I lose a lot on exit."