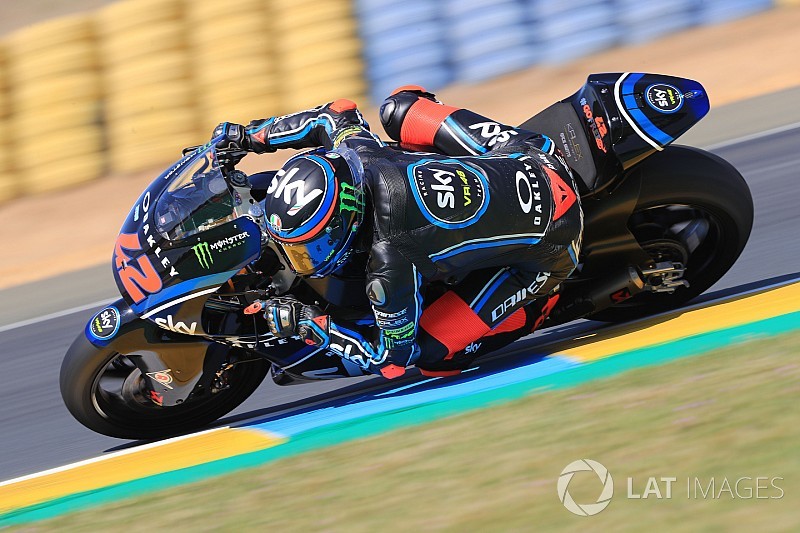 Bagnaia had a good start off the line and was joined by Marquez in second as the duo quickly pulled away from third-placed Marcel Schrotter.

The gap between Bagnaia and Marquez remained around half a second for the majority of the 25-lap race.

However, Marquez lost a lot of pace during the final couple of laps, and eventually finished second, 2.7s behind Bagnaia.

Marquez's teammate Joan Mir passed Schrotter to take third on Lap 15 but, by the time he made the move, he was already five seconds behind the top two.

He was generally able to match the pace of the leaders and made up a lot of ground on Marquez late on but he stayed in third to celebrate his maiden Moto2 podium.

Schrotter took fourth, his career-best result in Moto2, followed by teammate Xavi Vierge, who completed an impressive recovery from last on the grid.

The Spaniard was set to start the race from second but his bike was pulled into the pits with a fuel pump problem and was relegated to the back of the grid.

He gained 25 positions to run 10th by Lap 7 and quickly made up three more places to spend the second half of the race closing on and passing Miguel Oliveira and Romano Fenati.

Oliveira and Fenati took sixth and seventh respectively with rookie Fabio Quartararo scoring his best result of the season in eighth.