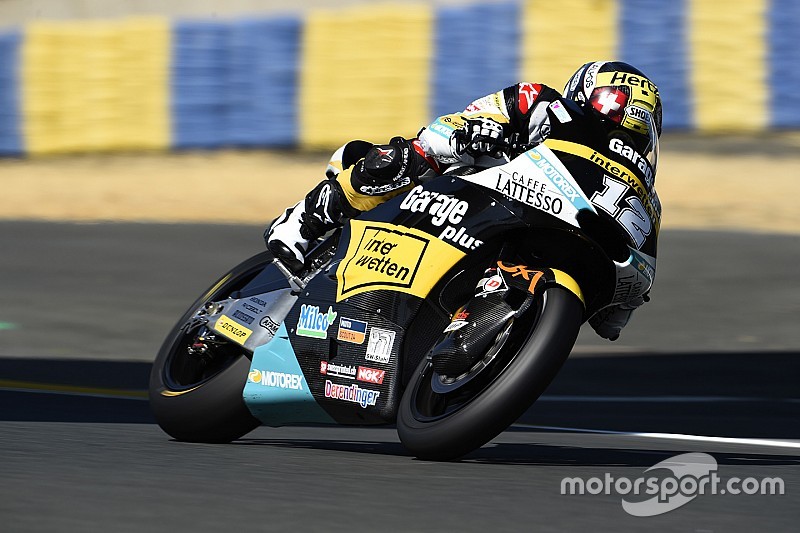 Moto2 veteran Thomas Luthi was quickest in the Moto2 qualifying at Le Mans, sealing the pole position and setting a new track record in the process.

Luthi took the lead with his second flyer of the session, demoting Alex Rins to second.

While the majority of the session saw little improvement from the field, both Luthi and Rins managed to lower their times in the final stages, the Spaniard coming up just 0.05s short.

Reigning champion Johann Zarco took fifth, having missed out on a late charge after crashing and failing to rejoin.

Zarco was one of several riders who fell during the session, among them Jonas Folger.

The German, who was recently announced to join Tech 3's MotoGP outfit next year, lost control of his bike early in the qualifying but managed to rejoin for the final 10 minutes.

However, he only managed to improve by half a tenth and had to settle for eighth, behind Franco Morbidelli and Takaaki Nakagami.