Former MotoGP rider Sam Lowes has emerged as a prime contender for a ride at the front-running Marc VDS Moto2 team in 2020.

The British rider, a mainstay of the grand prix racing paddock since the 2014 season and a winner of three Moto2 races in that time, confirmed he is set to leave Gresini Racing at the end of the year last weekend at Brno.

Lowes rejoined Gresini this year but has been unable to recreate the success he enjoyed with the Italian team in 2016 before his ill-fated graduation to MotoGP with Aprilia.

Having failed to better the sixth-place finish he scored in the Qatar opener, he currently sits 14th in the standings.

The 28-year-old could either partner Alex Marquez or take his place, depending on whether the current Moto2 points leader accepts an offer to join the Petronas squad.

"We are working, talking with [Marquez], and we hope to have an answer as soon as possible," said Marc VDS team boss Joan Olive speaking to Spanish TV network DAZN.

"Resolving the subject soon as possible is important. We are also evaluating different possibilities, but the first piece that has to be moved is Alex for the rest to fall into place."

Marc VDS' other current rider Xavi Vierge faces an uncertain future following a difficult first part of the season that has yielded a best finish of sixth and only 39 points.

Gresini itself has been strongly linked with Nicolo Bulega for the 2020 season, with Bulega having recently announced plans to quit Valentino Rossi's VR46 Team and Riders Academy.

On Friday it was announced that Jesko Raffin will race for the RW Racing squad, marking a full-time return to Moto2 for the Swiss rider after two seasons away.

Raffin lost his place in the intermediate class after the 2017 season despite having a valid contract with CGBM Evolution (now American Racing), as teams' association IRTA rejected the Swiss outfit's application for a third grid slot, citing Raffin's lack of results.

He returned to the CEV Moto2 series in 2018, becoming champion for a second time, and this year joined the nascent MotoE category with Intact GP. He also replaced the injured Steven Odendaal for the first three races of the year in Moto2 at RW.

“My goal was to return to Moto2," said Raffin. “The collaboration with NTS RW Racing GP at the start of this season was so good that I had no doubt when 2020 came up.

"I know the team, the people and the machine and I am very happy with the trust, that is completely mutual. I am convinced that together we can do a good job.” 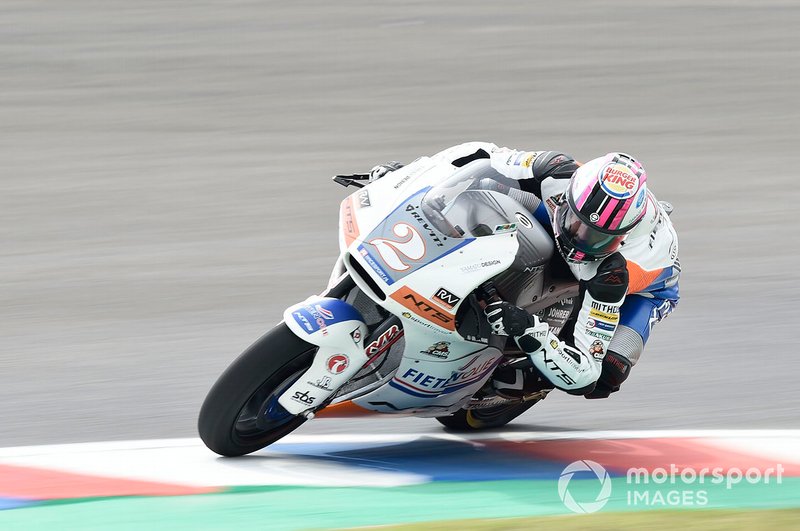