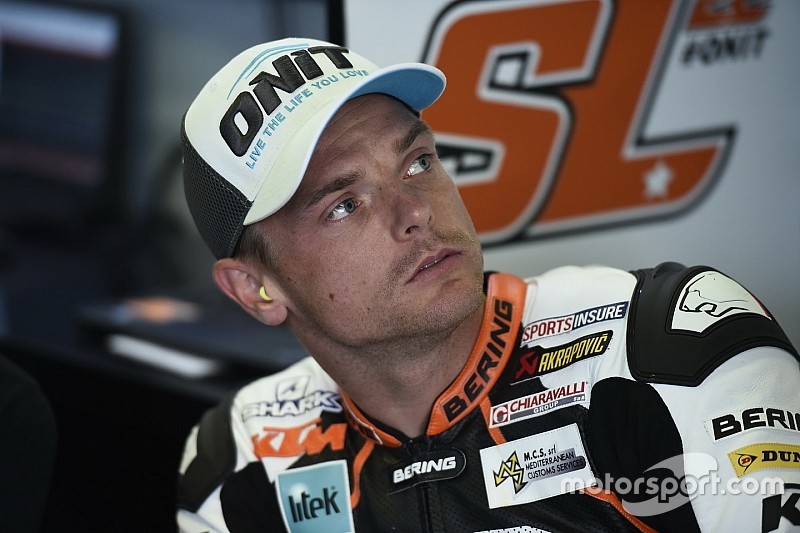 Former Aprilia MotoGP rider Sam Lowes will return to the Gresini Racing squad for the 2019 Moto2 season, it has been announced.

Lowes rode a Gresini Kalex in the intermediate class in 2016 prior to his ill-fated MotoGP move with Aprilia, winning two races that year on his way to fifth in the standings.

Now the 27-year-old former World Supersport champion is to reunite with Gresini next season, moving away from the CGBM Evolution KTM outfit, for Moto2's first season with Triumph engines.

Lowes commented: “I am very happy to be working again with Gresini racing and [sponsor] Federal Oil; we have good memories together and unfinished business from both sides.

"I have learnt a lot the last couple of seasons and now it’s the time to show it. I know the high level of this team and have 100 percent faith in them: my motivation is as high as ever and look forward to enjoying a new successful partnership with Gresini Racing, its partners and sponsors."

Gresini has fielded a solo Kalex for Jorge Navarro this year and will continue to just field one bike in 2019.

Team manager Fausto Gresini added: "I’m happy to be counting on [Lowes'] professionalism and talent, and with Federal Oil on our side again I’m confident we will be back towards the front of the field in the middleweight class.”

Navarro switches to Speed Up

Former Moto3 race winner Navarro has announced he will move to the Speed Up team in 2019 on a two-year deal.

"I’m very happy to join Speed ​​Up," said the Spaniard. "I think it’s a great team and its results prove it.

"Next year will be my third season in the Moto2 World Championship, which I will certainly face with more experience and a winning project that is already motivating me.

"Now, I’m determined to finish the season in the best way and start the hard work with my new team to get great results!”

Speed Up has run two bikes this season for MotoGP-bound Fabio Quartararo and Danny Kent, who is believed unlikely to retain his ride next year. Romano Fenati has been linked to his seat.

Nieto MotoGP team steps down to Moto2 for 2019