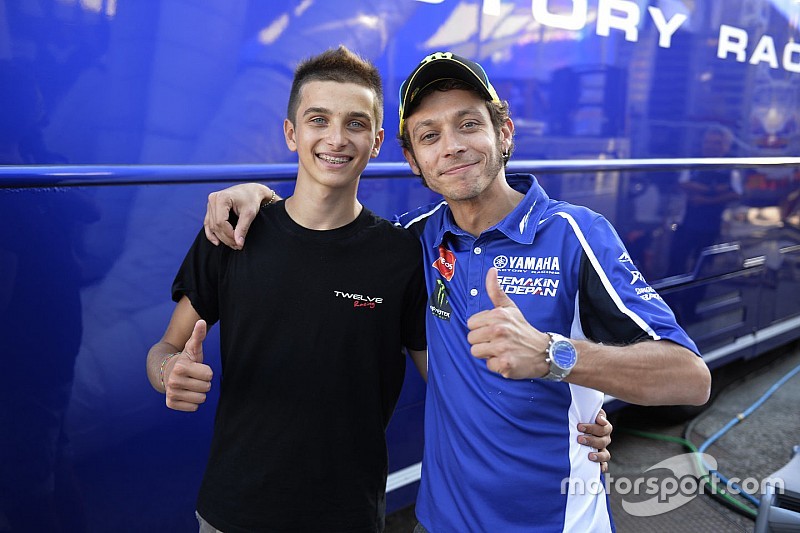 The half-brother of MotoGP legend Valentino Rossi, Luca Marini, says the seven-time premier class champion can be a useful ally for his debut campaign in Moto2.

Marini, 18, will compete full-time in the intermediate class for Forward Racing this season, having made his first appearance in a one-off at Misano last year for the Pons team.

The Italian, who is part of Rossi’s VR46 Riders Academy, also finished fifth overall in the Spanish-based CEV Moto2 series with Pons in 2015.

Speaking to Motorsport.com, Marini acknowledged his relationship with Rossi inevitably puts him more in the spotlight – but thinks overall it’s an advantage rather than a drawback.

“Of course there will be more pressure from the media, but I believe I’ve learned to handle it well, especially last year,” he said. “So this won’t be something that worries me much.

“On the contrary, I think it’s something that will help me a lot, because luckily Valentino still races and he can therefore give me a hand before the races, with some advice on the tracks I don’t know.”

Speaking about his goals for his first full season in the Grand Prix paddock, Marini added: “My objective for 2016 is to learn as much as possible.

“Every time I make an error, I must learn from it and avoid repeating it. Also the circuits are all new, as well as my competitors, so it will be a learning year.

“I want to get through the year knowing I’ve given it 100 percent and without regrets.” 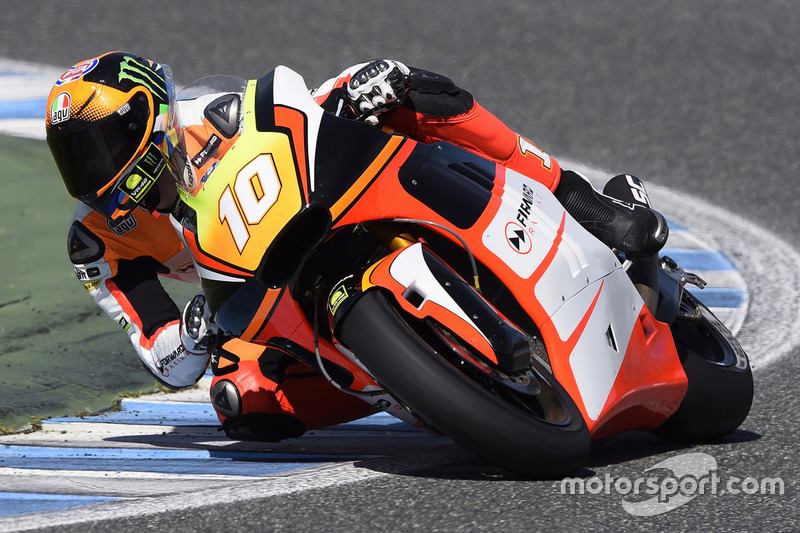 Along with Marini, the VR46 Riders Academy also boasts Italian Moto2 stars Franco Morbidelli and Lorenzo Baldassarri in its ranks, as well as Moto3 riders Romano Fenati and Niccola Antonelli.

“The Academy is a great thing,” said Marini. “It’s a great opportunity that Valentino has given to the most promising young Italian riders.

“It can help me develop, not just as a rider but as a person, because it’s a brilliant group – we see each other all the time and train together.”

Can Marini picture himself ever racing against his half-brother before the latter decides to hang up his helmet?

“Surely it’s a dream, but I have to be really strong [to move up] and hope Valentino continues to race in MotoGP for a few more years,” he said.

“We will see – I will try to make him stay in MotoGP as long as possible, at least while he still enjoys it!”