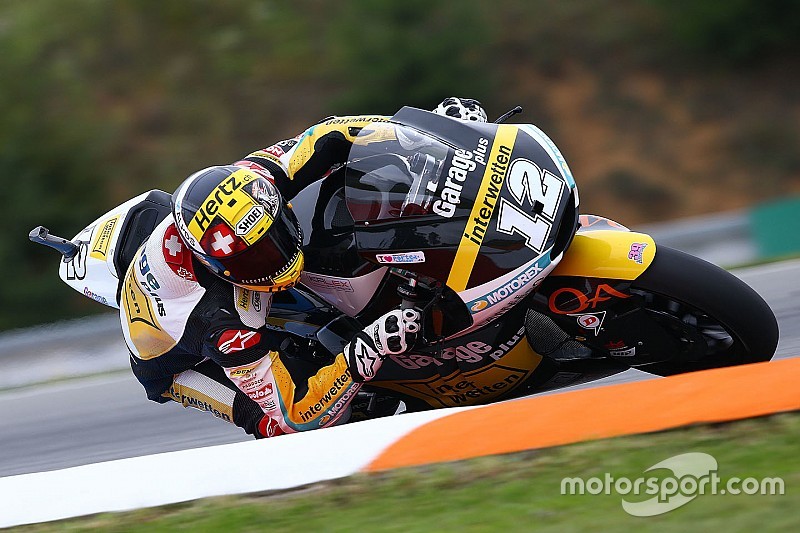 Moto2 frontrunner Thomas Luthi will be forced to miss Sunday's Moto2 race at Brno after sustaining a concussion in a heavy crash in qualifying.

The Swiss veteran suffered a violent high-side at Turn 9 with seven minutes to go that brought out the red flags, after having set a time good enough for fifth on the grid.

He was subsequently taken to the nearby Hospital Universitario de Brno by helicopter for checks on his back with a CT scan.

Earlier in the day, during third practice, Luthi was involved in another incident at Turn 11 that saw his bike clear the catch-fencing as it bounced off through the gravel and hit the tyre barriers.

Luthi currently lies fourth in the points, his one and only win of the year so far coming in the season opener in Qatar.

Brno Moto2: Folger wins in the wet, disaster for Zarco