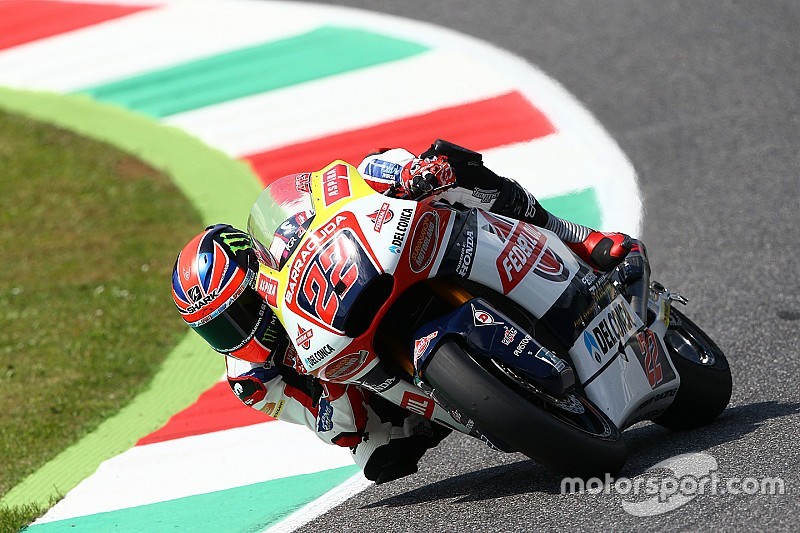 Sam Lowes took his third pole of the Moto2 season at Mugello as he beat closest rival Takaaki Nakagami by just 0.047s in a tight qualifying session.

The British rider lapped the Italian track in 1m51.965s to head the timesheets from Nakagami, with Lorenzo Baldassarri securing a front row start in third, just a further 0.076s back.

Forward rider Baldassarri held the top spot for a large part of the session before Lowes became the only rider to dip beneath the 1m52s to clinch pole.

Axel Pons headed the second row having qualified fourth, 0.005s behind Baldassarri and fractionally ahead of Marcel Schrotter and reigning champion Johann Zarco.

A fairly incident-free and competitive session saw the top 20 riders covered within a second of polesitter Lowes.