When you consider racing machinery, be it cars or bikes, it’s very easy to overlook the sheer quantity of mechanical parts moving in unison to drive it forward. Those parts are often machined from metal and are designed undergo extreme forces on the racetrack – and as a result, also get incredibly hot and are susceptible to wear.

To counteract that, a plethora of parts within a car or bike all use oils and lubricants to help them move, turn and, importantly, last the distance. When it comes to top-flight racing environments, such as Formula 1 and MotoGP, those oils and lubricants are often bespoke products developed at great expense – but for MotoGP’s feeder series Moto2 and Moto3, Liqui Moly supplies motor oil that is also commercially available.

Born in 1957 in Germany, Liqui Moly’s original formation centred on the supply of oil and additives featuring molybdenum disulphide, a chemical compound with a very low frictional coefficient – perfect for use as a lubricant. Since then, the company’s portfolio has expanded into the world of motorsport. 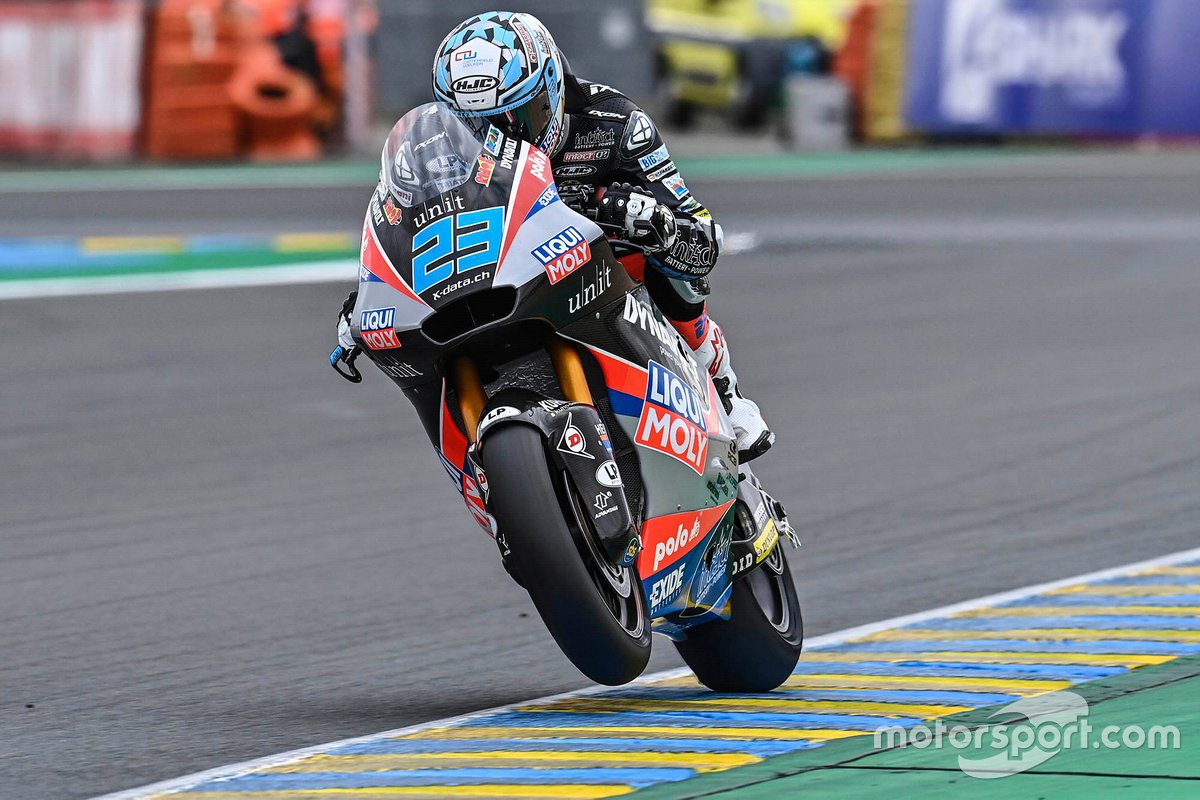 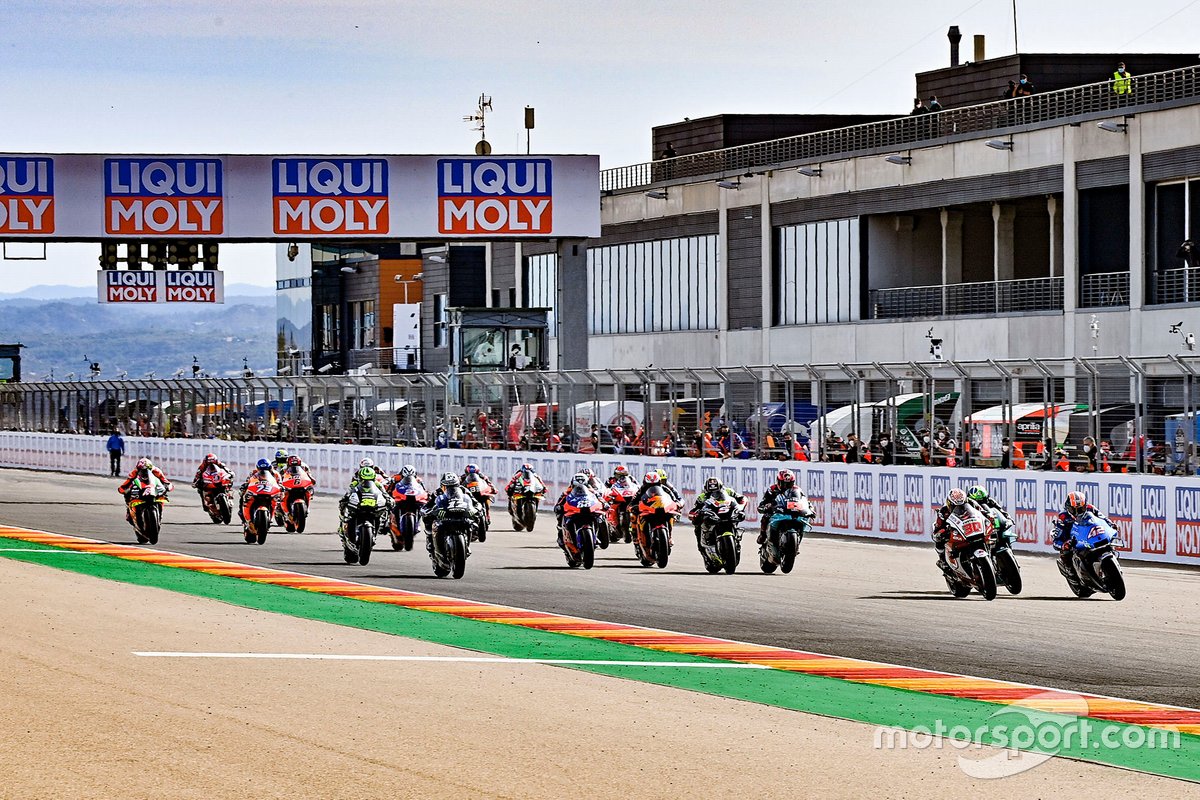 With both cars and bikes on the agenda, Liqui Moly’s technicians support the championship coordinators and racing teams in selecting the right oils and lubricants for the job. Different disciplines require different characteristics from oil, depending on the drive systems and other ancillary components within. Motorbikes, for example, require much more friction within the clutch system compared to cars.

“We have to have more characteristics for gearboxes, for clutch systems and also for the performance of the engine, because if you have the piston rings stuck in a piston, you lose compression, and so you lose performance. Also, if an oil has a good cleaning effect, then it can work as it was designed to.”

Oils also have to provide more than lubrication, and must also have other material properties to assist with cooling, cleaning and any other functions that a mechanical system such as a gearbox or an engine may require.

Jochen Rohm, who also works at Liqui Moly as an applications engineer, adds that the gearbox requires a strong cleaning effect to avoid any issues brought on from metal particles within the system.

“There's quite abrasive stuff in a gearbox, because teeth and teeth will work along each other so there will be particles. The oil needs to have the ability to bring them with dispersants directly to the filter that we don't have any metal abrasive particles in the oil.”

"There’s also more special properties,” Schmid explains, “because in motorbike engines you have a lot more problems with a cooling system. You do not have the same space as in cars to use the cooling system, everything is narrow and close and so the oils must be more specialised and must also work for the clutch and the gearboxes.”

When you consider the evolution of racing over time, both cars and bikes have become more powerful and the design of components has become more intricate thanks to the advances in machining technology. With that, the evolution of Liqui Moly’s oils and lubricants has adapted too, where the development of car and motorbike oils has diverged in the past 40 years.

“In the 1980s, motorbike oils and car oils were similar, but for modern cars we have to go for a lower exhaust emission – and therefore the oils also should have a lower friction. But that’s not good for a motorbike wet clutch system if the friction is too low. So the wet clutch system could not work and that needed changes over time from the car oils,” says Schmid.

“In motorsports you have more power for the same displacement, you have more torque and you have smaller cars in terms of weight because the engines should be lighter. So, the oil has to be developed in a more specialist direction to motorbikes because to help the engine offer the performance.

Rohm adds that the advances in powertrain technology also provides the conundrum of increasing the internal temperature, meaning that the oils developed have to assist with heat transfer more in the modern day.

“For motorbikes, the heat transfer just is one point because today, with the same cc but more power means that of course we get higher temperature in the engine - and we need to get that away. So the oil has to be very stable in higher temperatures. This is probably what changed mostly; in the ‘80s, a mineral oil could handle it, but now if you put that into a 1000 cc engine with 200bhp, it wouldn’t work.” 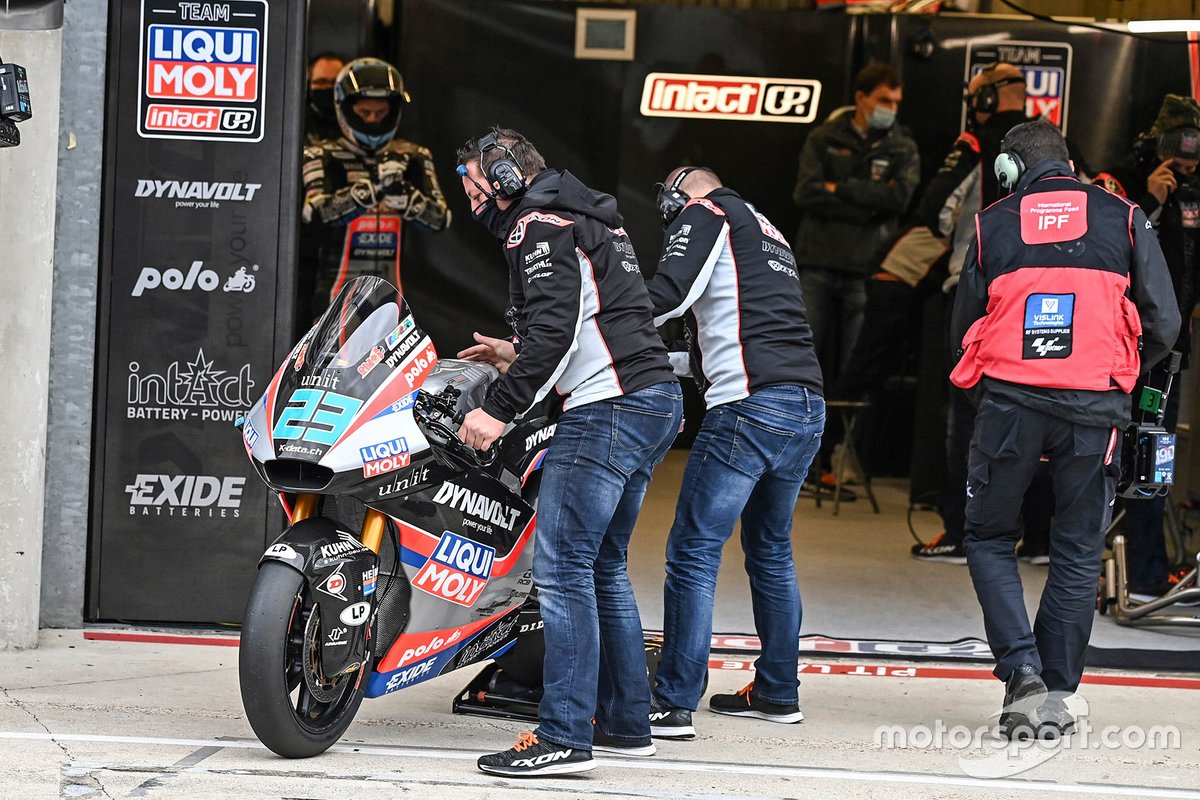 In addition to the oils, Liqui Moly also supplies additives which can enhance the properties of the oil or fuel used. The careful use of additives can benefit the performance of the engine or gearbox, be it through enhancing the combustion process or through providing protection to the components within.

“A speciality from the Liqui Moly range are additives, and we are a market leader,” says Schmid. “We have special additives for fuel, for diesel fuel, for gasoline, and oil additives. And with additives we can do a lot - sometimes it's a like a little repair system. Sometimes it's for prevention, and a bit of caring! We have additives for oil saving, for fuel saving, and also to keep the excess emissions in the lower level.

“We have a very wide range of additives and also in racing you can use some additives, we have some which are sometimes in use like the Motorbike Speed additives, which help for better combustion in the engine. The engine runs better in high RPMs and has a better torque in in lower RPMs. You can do a lot with additives; you can reduce the friction with oil additives to have low wear in the engine, and better stability for the engine during the race session.”

Although the development of oil and lubricants in categories like Formula 1 is highly specialised, some of the technology eventually finds its way into commercial environments. However, Liqui Moly’s race oils are exactly the same as those found on the road, and therefore all of the technology developed for a racing application is available to the consumer.

"It’s the same oil as you can buy in the shops,” Schmid explains. “It's our motorbike 4T SYNTH 5W-40 Street Race. So if anybody asks “is your motorbike oil tested on racetracks?" we can say yes, you can see it on TV - every motorbike from Moto2 and 3 is running with our oil and you can buy it!”