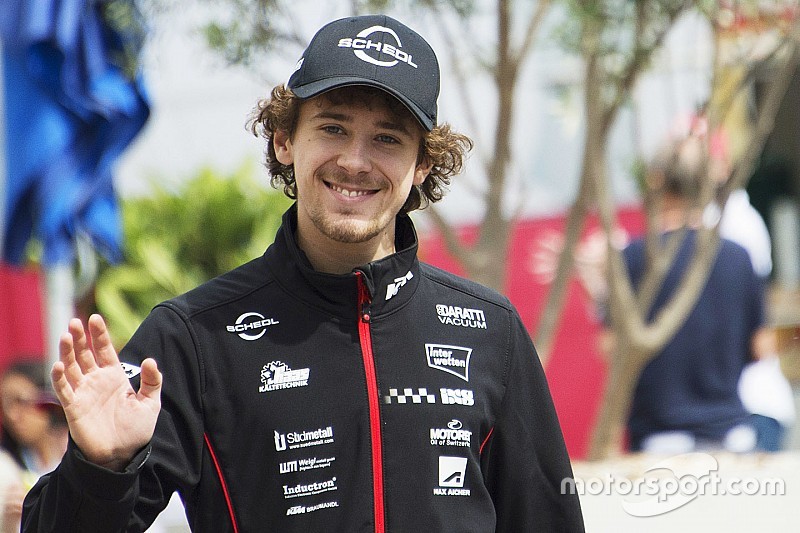 Oettl, contesting his fourth full season in Moto3, posted the benchmark in the opening minutes of the session and could subsequently sit back and relax as raindrops did the rest of the job.

With damp patches on the track surface at the start of the session after rain had arrived late during Moto2 practice, a number riders opted to do their recon laps on wets.

But the track was more than good enough for the dry compound right away, Oettl setting the early pace on slicks.

The German continued to gradually improve with each lap, holding on to the top spot by halfway into the session, at which point the rain suddenly returned.

As the rain flags made their appearance, Estrella Galicia's practice pacesetter Jorge Navarro was among the last riders to improve, moving to within six tenths of Oettl and just 0.011s ahead of fellow Honda rider Enea Bastianini.

Just as quickly as the rain arrived, it was gone again.

With 10 minutes to go, riders began to head back out on slicks en masse but improvements were few and far between, with nobody coming even close to matching Oettl's existing benchmark.

As such, it would be a Oettl - Navarro - Bastianini front row, with Drive M7 SIC teammates Jakub Kornfeil and Adam Norrodin in fourth and sixth, split on the second row by Romano Fenati.

The two crashes of the session were Karel Hanika and Stefan Valtulini, the duo caught out by the arrival of rain mid-session.