Bagnaia certain of pace to fight for Mugello win 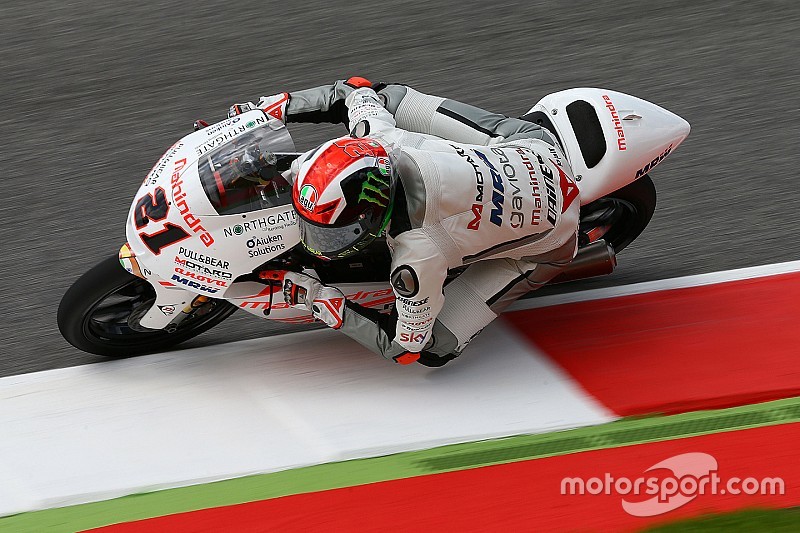 Francesco Bagnaia believes his Aspar Mahindra has the pace to fight for maiden Moto3 victory at Mugello on Sunday.

The Italian achieved his best qualifying position of second place on Saturday, before his fastest lap was cancelled due to track limit infringement at Turn 5.

The VR46 academy rider didn't 'agree' with the race direction's decision which cost him six places on the grid to drop to eighth.

"On the last lap the lap times were almost perfect, but Race Direction said that I had gone off-track," he started.

"I don’t agree with that; I touched the green area slightly, and if for them that is considered outside the track, then OK - although they must give us notice of this before, because I didn’t know," he explained.

However, the Italian is confident that the MGP30 has enough pace to fight for his, as well as the constructors' first win.

"We have felt very good with the bike this weekend and the setup is very good," he said.

"The first few laps will be important, to try and get [towards] the first position and then do my best to open a gap.

"I am really really comfortable with the bike, I can do what I want, it is really important to have a good start and stay in the lead," he added.

Teammate Jorge Martin looked set for a top 10 finish until a crucial mistake which demoted him to 15th.

"I went back to the pits because there was traffic on track, but that was a big mistake because we were very close at the end," he said.

"I had thought about coming in to get rid of the traffic, and when I saw another rider do that, it convinced me."

The Spanish rider together with Jorge Navarro pitted early which proved to be a wrong decision, as others improved on their times.

Hanika's teammate Darryn Binder finished 24th as the first of Peugeot of Alexis Masbou was 27th, ahead of teammate John McPhee.