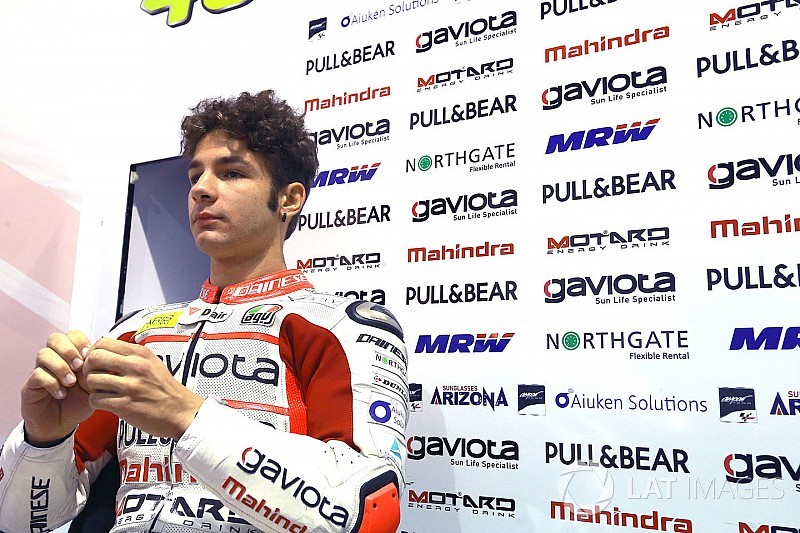 The move comes on the back of a dismal first full season in grand prix racing for 2016 CEV Moto3 champion Dalla Porta, who has struggled aboard an uncompetitive Aspar Mahindra.

He currently lies 32nd in the standings, with just two points finishes at Le Mans and Misano to his credit.

"As a former adversary [of Leopard], I have always had a great appreciation for their skills as a team and I feel I can remain at the top of the category," said Dalla Porta.

"I will do my best and I hope to be able to repay the confidence they have put in me by taking great results on their behalf."