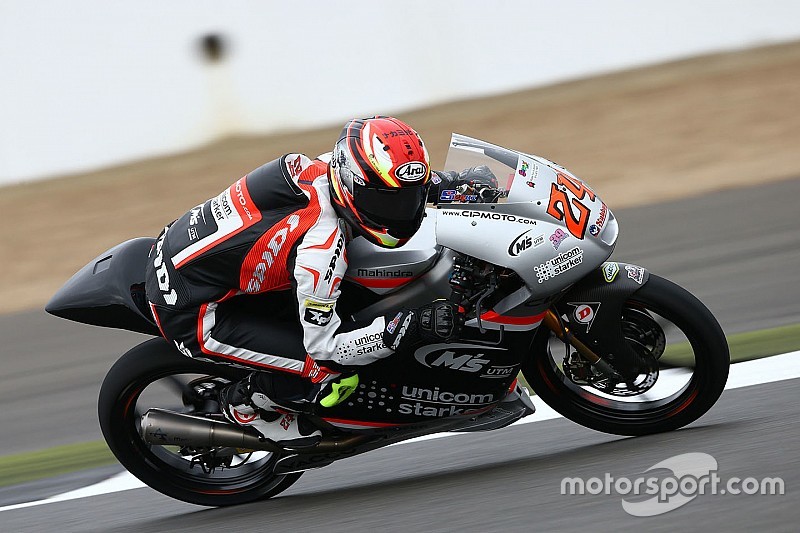 Mahindra Racing will continue its partnership with CIP Moto team for the 2017 season, in the Moto3 championship.

The Indian marquee announced the extension of the contract, and that it will continue to supply two MGP3O bikes to the French team, next season.

“2014 is when our relationship began with the CIP Team and Alain, they were amongst the first we worked with outside of our own team," commented Mahindra CEO, Mufaddal Choonia.

"I’m pleased to continue working with Alain, he’s very knowledgeable and always helps to ensure we have some young prospects on the MGP3O.

The results are becoming better for all the teams and this is very encouraging for us at Mahindra and for Alain too.

"For 2017 we are looking to help all teams achieve the incredible results of [Francesco] Bagnaia, [John] McPhee and [Jorge] Martin,” the Indian added.

After ending its association with Honda in 2013, CIP joined hands with Mahindra in 2014 and since then together they have claimed 13 points finish, with seventh its best result coming in the 2014 Italian Grand Prix.

Alain Bronec, CIP Team Owner added: "We are very happy to stay with Mahindra because we were with Mahindra from the beginning in 2014.

"The first year was difficult, the second was better and this year for sure we have found a much greater potential in the bike.

"We are coming closer to Mahindra, next year we will be even closer and our interest is to be close and as one factory. We can see the potential of the bike, two GP wins and many good results besides this.

"For sure we will try to come close to these results and we push our riders to match them. For next year being closer to the factory will be better, more information and more updates coming even quicker make me very confident in the project.”

The team is yet to confirm the line-up for the 2017 season, which currently fields Japanese rider Tatsuki Suzuki and Italian Fabio Spiranelli in the world championship.