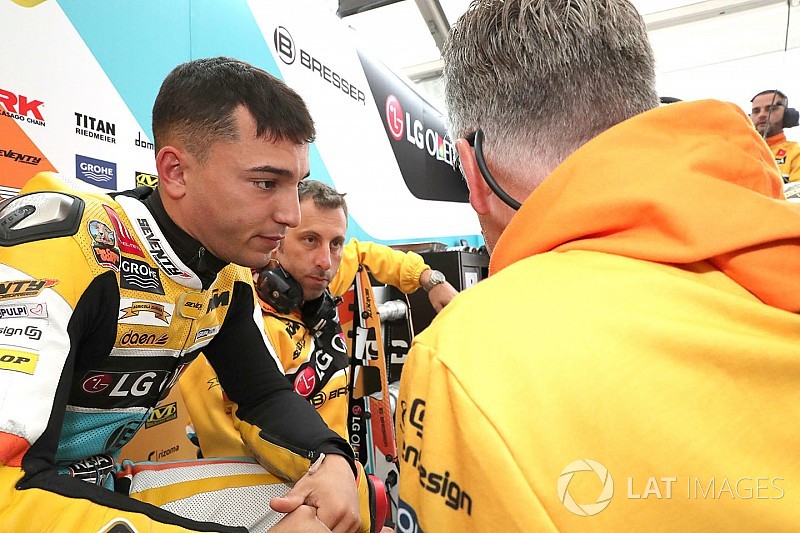 Juanfran Guevara has announced his retirement from racing after five seasons in Moto3.

Guevara, 22, made his Moto3 debut in 2012 and has spent five full-time campaigns there since then, the strongest of them being this year when he finished 11th with his one and only podium finish in the series at Mugello.

The Spaniard has previously appeared on the Moto3 entry list for 2018 as he was set to stay with the RBA BOE squad for a third season in a row, but has decided to retire from racing instead.

Guevara cited mainly personal and financial reasons, as well as him deciding to focus on his studies instead.

"It was a very hard decision that I made with the help of my family, the directors of the fan club and my main sponsors, who have supported me throughout these years," he said in a statement.

"My passion for motorcycling has not changed at all, but different economic and mainly personal reasons led me to this decision.

"I have decided to focus my career on business studies that I have been doing all these years while competing in the Moto3 world championship.

"A point has arrived where I believe that I will be able to grow more as a person and dedicate more time to different projects that I have been developing over the last few years and until now I haven't been able to give enough time to."

Guevara's retirement leaves one bike at RBA BOE vacant, with Gabriel Rodrigo staying as the team's sole rider for the moment.

Marquez: Martin is favourite for Moto3 crown in 2018