It was a stunning day for Japanese motorsport as Ayumu Sasaki and Ai Ogura took victory in the Moto3 and Moto2 classes at the MotoGP Austrian Grand Prix.

After a collision in the British GP, Max Racing Husqvarna rider Ayumu Sasaki had two long-lap penalties to serve at the Red Bull Ring.

Seizing the lead on the opening lap, Sasaki wound up in 18th after serving his penalties. But the Japanese rider carved through the field to return to the head of the pack on lap 13 on 23.

Though he came under intense pressure over the final tours from fellow Japanese rider Tatsuki Suzuki on the Leopard Honda, BOE KTM rookie David Munoz and Tech3 KTM’s Deniz Oncu, Sasaki held on to take a second victory of 2022 by just 0.064s.

Suzuki was the only Honda rider inside the top 10 and formed part of the first Japanese 1-2 in a lightweight class race since 2001.

Munoz completed the podium by just 0.052s from Oncu, with Aspar’s Sergio Garcia extending his championship lead to five points over team-mate Izan Guevara – who was seventh in the Austrian GP.

Diogo Moreira was sixth on the MT Helmets KTM ahead of Guevara, with poleman Daniel Holgado dropping to eighth on his Ajo KTM ahead of John McPhee (Max Racing Team) and CIP KTM’s Kaito Toba. 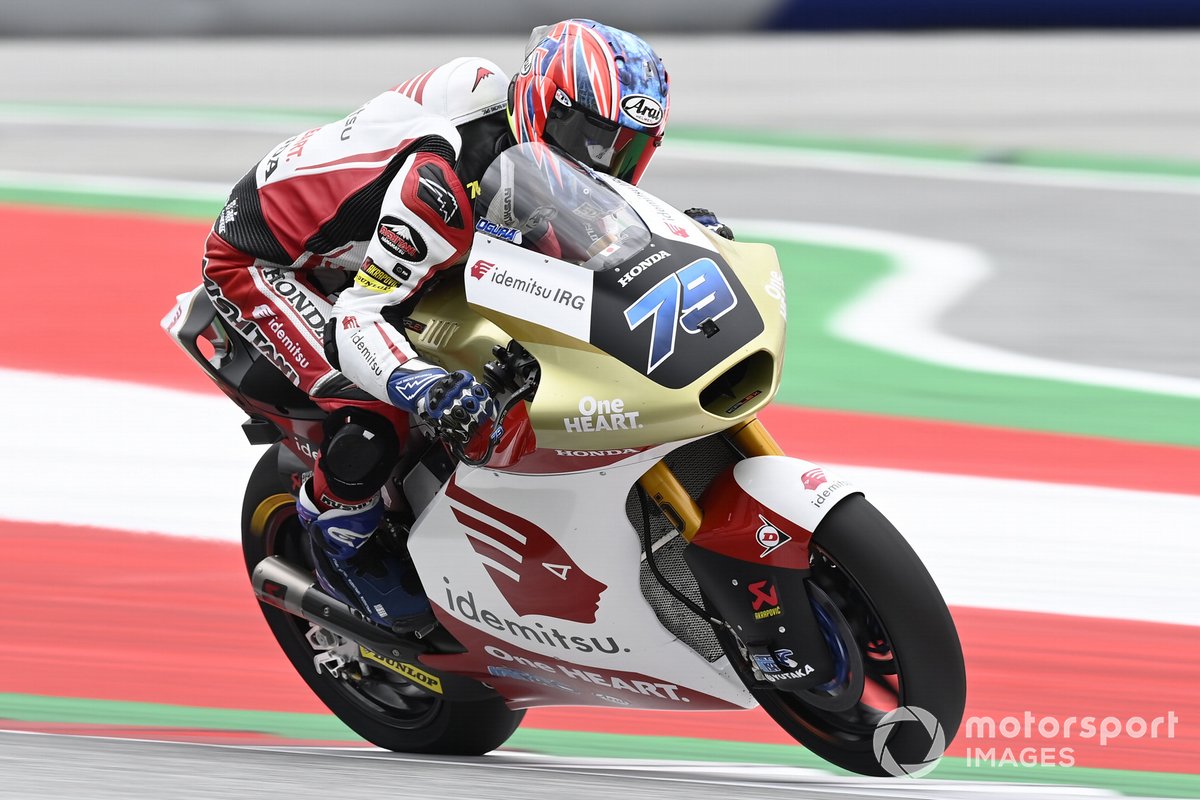 The Honda Team Asia rider lost the lead briefly to Speed Up rookie Alonso Lopez in the early stages, but would soon return to the head of the pack as team-mate Somkiat Chantra quickly worked his way up to second.

The duo ran line astern and came under pressure from a charging Celestino Vietti on the VR46 Kalex in third.

But the Valentino Rossi protege crashed with nine laps to go, hindering his championship hopes as he slips 27 points off the standings lead, as the Honda Team Asia duo were released into a comfortable lead.

Chantra was given a late team order to stay behind Ogura, but ignored this on the final lap and launched an attack into the penultimate corner on the last lap.

Ogura struck back into the last corner to claim his second career Moto2 victory and take the lead in the championship by one point over Augusto Fernandez.