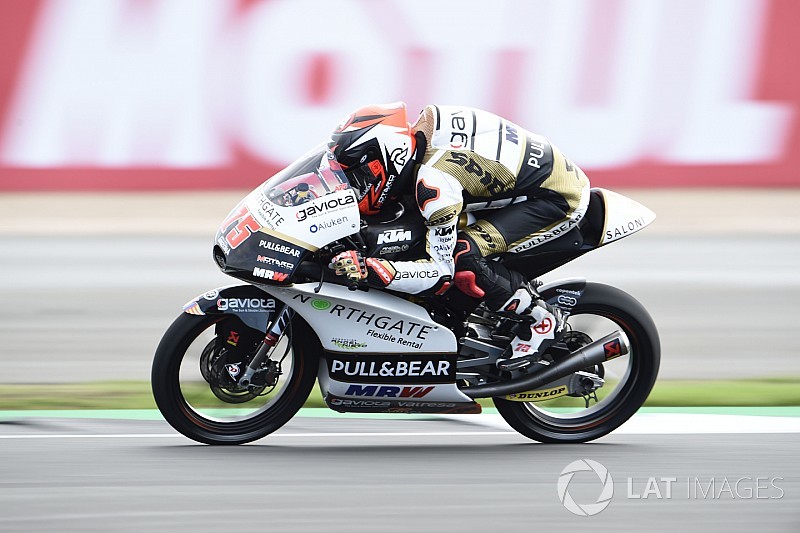 The Angel Nieto team will field Albert Arenas and Raul Fernandez on its pair of KTM bikes in Moto3 next season.

Arenas scored his first grand prix victory this year at Le Mans, albeit in acrimonious circumstances as he inherited the win after on-the-road victor Fabio Di Giannantonio was penalised.

He lies 13th in the current standings, and will stick with the Nieto team - which will return to Moto2 next season as it bows out of MotoGP - for a third full season next year.

“I am really happy to sign up for another season in Moto3 with the Angel Nieto Team," said Arenas. "The truth is that together we have taken our KTM to a good level, we are consistently fighting for the podium and we are competitive.

"Staying with the same team for another season has a lot of positives that will mean we are strong again. I am happy that I can now concentrate solely on the races that remain of this season.

"I am going to keep giving my best and building on what I have learnt, in order to improve together and achieve our goals.”

Arenas will be paired alongside CEV Moto3 points leader Fernandez, who will replace Andrea Migno as he steps up for his first full season in grand prix racing.

The 17-year-old has made six Moto3 starts since 2016 as a wildcard or replacement rider.