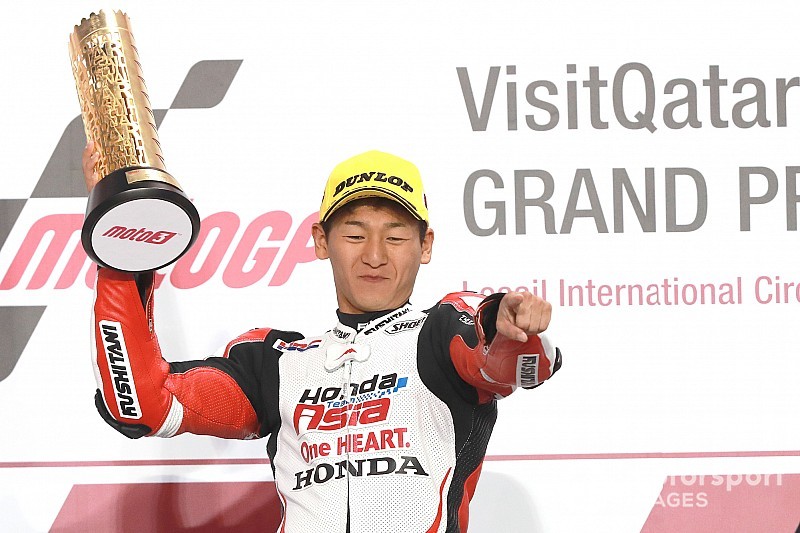 In typical Moto3 fashion, several riders were part of race-long lead pack, with most of the overtakes occurring at the end of the main straight.

Toba slipstreamed past Lorenzo Dalla Porta to begin the last lap of the race in the lead, but he came under immense pressure from the Italian as well as poleman Aron Canet.

Dalla Porta was able to make a move at Turn 10, but it all came down to the exit of the final turn, where Toba had a good enough drive to slipstream back ahead and cross the line first by 0.053s.

Toba became the first Japanese rider to win in the lightweight class since Tomoyoshi Koyama's success in Barcelona in 2007, and the first Asian Talent Cup graduate to triumph in Moto3.

The podium was completed by Dalla Porta and Canet, both riders who spent the whole race in the lead group.

Another rider who was well-placed to take the victory was Fenati, but the Italian dropped out of the fight in dramatic fashion as he mistakenly served a Long Lap penalty after receiving a track limits warning.

A few laps later there was another collision involving Tatsuki Suzuki, Dennis Foggia and Kazuki Masaki.