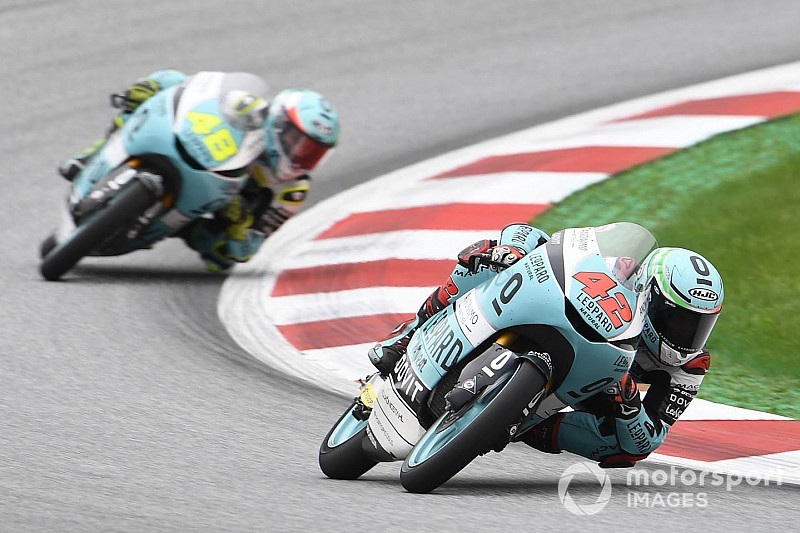 Dalla Porta led the majority of the race, establishing himself in first place after the opening lap and keeping the position for several laps until Arbolino pulled off a move at Stowe.

After a couple of laps of fighting with the likes of John McPhee and Ai Ogura, Dalla Porta was back ahead for four laps but his run was again disrupted by Arbolino, now passing him at Village.

This time it was Ramirez joining them, and the trio trading the lead several times before Dalla Porta again establishing himself ahead.

But he made a small mistake at Vale on the last lap which allowed Ramirez to sneak past.

With Arbolino and Dalla Porta then overtaking each other three times in three corners between Village and Aintree, Ramirez had a sufficient lead in the last sector of the race to make it to the finish ahead.

The latter extended his lead to 14 points over Canet, who was collected by a crashing Albert Arenas two laps into the race and could only score three points in 13th after a solid recovery.

McPhee was fighting for the lead in the first half of his home race, but was one of few riders to ride with a soft rear tyre and started to fade towards the finish.

Jaume Masia made a mistake at Maggotts and could only finish 11th, despite looking poised to fight within the top three early on.