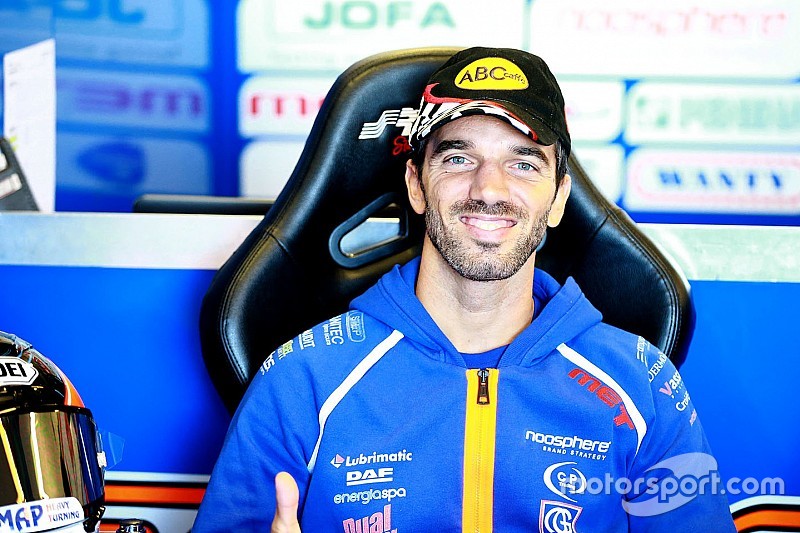 De Angelis is a veteran of 61 premier class starts, having last raced in MotoGP in 2015 with the now-defunct Ioda team.

The 34-year-old Italian, a race winner at 250cc/Moto2 level, made a trio of starts in the intermediate category late last year as an injury substitute but in 2018 he switched to a rider coach role for Federico Fuligni.

However, de Angelis will return to competitive action in 2019 as he takes on the all-new five-round MotoE World Cup.

He is joined in the two-bike Pramac team by Aussie racer Josh Hook, who claimed the 2017/18 FIM Endurance World Championship title back in July in the Suzuka 8 Hours.

"I'm excited to be part of this project and I'm very pleased to be back on this team with which I've already had a very happy experience [with Pramac] in Laguna Seca in 2013 [when he replaced an injured Andrea Iannone]," said de Angelis.

"It's a very professional team and I'm sure they can give me that extra help to do well. I've been off the track for a year now and that's why I'm so keen to get back on track at Jerez: it's going to be a good break-in for me and for the new bike.

"I would like to thank [Pramac owner] Paolo Campinoti and [team boss] Francesco Guidotti for giving me this opportunity. I know the team's deep competition spirit and I will do my best to achieve great results".

One of Hook's 2017/18 EWC teammates, Freddy Foray, will also race in MotoE next season, having been confirmed this week by Tech 3 alongside Spanish Moto2 regular Hector Garzo.

Other riders to have signed up for the new series include Bradley Smith, Xavier Simeon, Randy de Puniet and Sete Gibernau, who is coming out of retirement to race for the Pons squad.