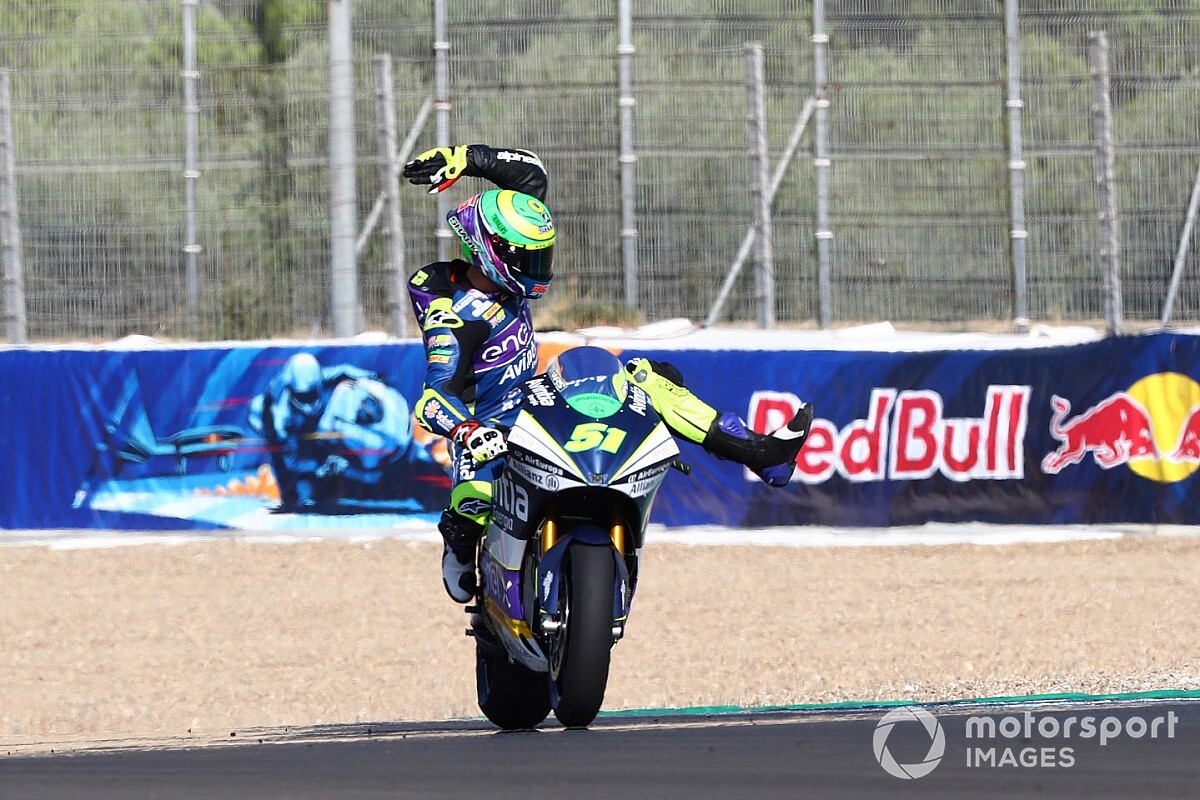 The Enel MotoE World Cup buzzed back into life for its second season last weekend at the MotoGP Spanish Grand Prix, with Avintia's Eric Granado dominating the race at Jerez.

The series endured a difficult start, with a massive fire at the Jerez pre-season test delaying the season and destroying all machinery. But when racing finally got underway, the sprint format and Superpole-style qualifying proved to be an instant hit with racing fans worldwide.

In an ultra-competitive season, in which four riders won races, it was Gresini's Matteo Ferrari who won the debut MotoE World Cup.

One of the favourites coming into the delayed 2020 series, he played second fiddle to the Avintia machine ridden by former grand prix rider Granado. The Brazilian grabbed pole position on Saturday, seized the lead at Turn 6 on the opening lap and darted off into the distance to secure a comfortable third career MotoE win.

Reigning champion Ferrari fought his way to second from fourth on the grid, while series rookie and Moto2 race winner Dominique Aegerter completed the podium on the Intact GP-run Energica Ego after a tense late battle for the final rostrum spot.

Another ex-Moto2 racer in Lukas Tulovic was an impressive second in qualifying and actually led off the line, though would ultimately end up just off the podium in fourth at the end of a solid debut MotoE weekend for the Tech3 rider.

The riders will be back in action this weekend at Jerez on the Sunday morning of the Andalusian Grand Prix.

Autosport International Editor Lewis Duncan and racing driver and motorsport expert Michela Cerruti to discuss the opening round of the 2020 MotoE World Cup and look ahead to this weekend's second race on TheEVox Network.