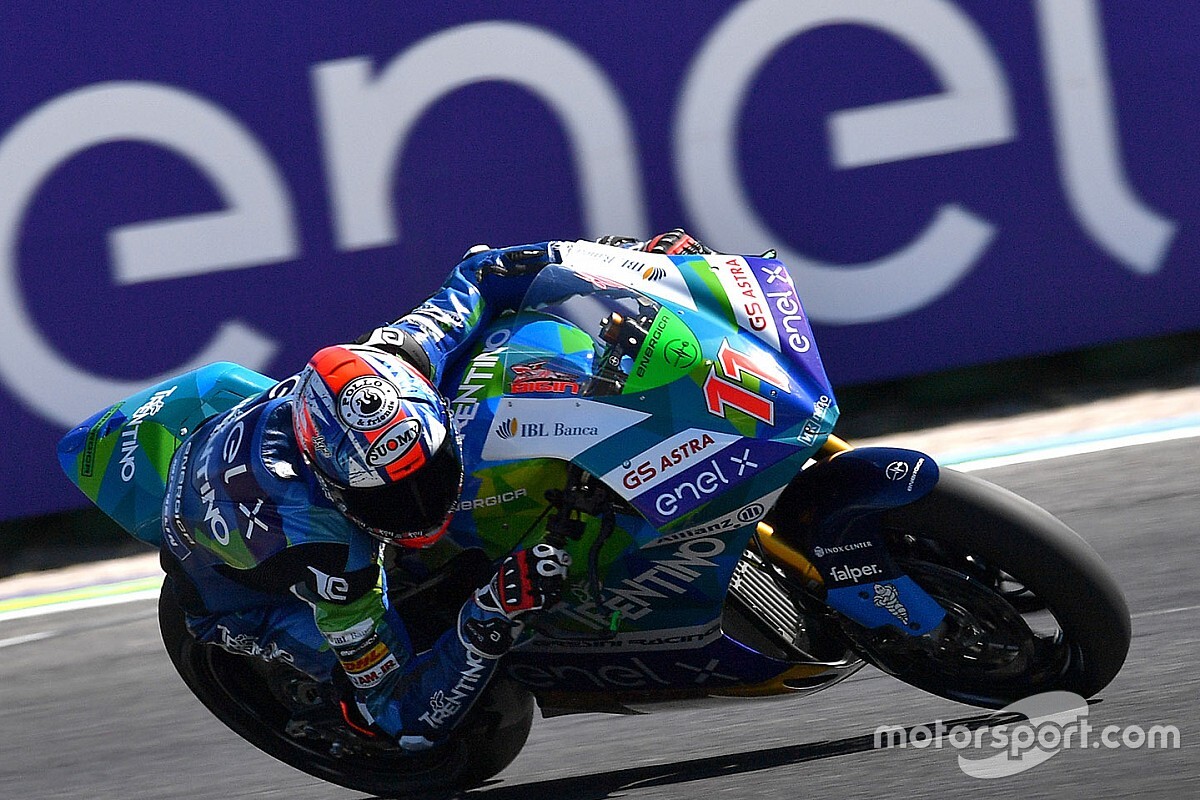 Alex de Angelis had kept the lead from pole position and headed Ferrari on the opening lap, but was overtaken by the Italian round the outside of the Turn 2 right-hander on the second tour.

Ferrari was unable to make an immediate break for it, but de Angelis was swallowed up by the chasing pack the lap after, which allowed the Gresini rider some breathing room as the seven-lap race approached its halfway point.

He was over a second clear by the end of the fourth lap, and continued to pull away from there, going on to win by 2.687s.

A superb four-bike scrap for second place unfolded behind the winner, with Tech 3's Hector Garzo seeing off a last-lap challenge from Niccolo Canepa (LCR) to finish runner-up on the road.

Canepa was then also outfoxed by SIC58's Mattia Casadei, while Maria Herrera - who had run third early on - finished just over three tenths behind Garzo in fifth place for Angel Nieto.

Garzo, however, is currently under investigation due to exceeding track limits at Turn 11 on the final lap.

That same crash, which Casadei was also a part of, had ruled out Sachsenring winner Niki Tuuli out of the second Misano race, the Finn suffering femur and wrist fractures.

Three ex-MotoGP riders crashed in Sunday's race, with Avintia's Xavier Simeon high-siding off his bike at Turn 2 immediately after the start as he challenged Ferrari for second place.

Sete Gibernau (Pons) crashed out at Turn 14, while de Angelis (Pramac) went down at the preceding Turn 13 after having been shuffled down to seventh.

Ferrari will take a provisional 19-point lead over Garzo into the Valencia double-header finale, with Smith a further five points down.