The MotoE series will hit the track for a pre-season test in Valencia in June, just over three months after the massive paddock fire that forced its inaugural season to be postponed. 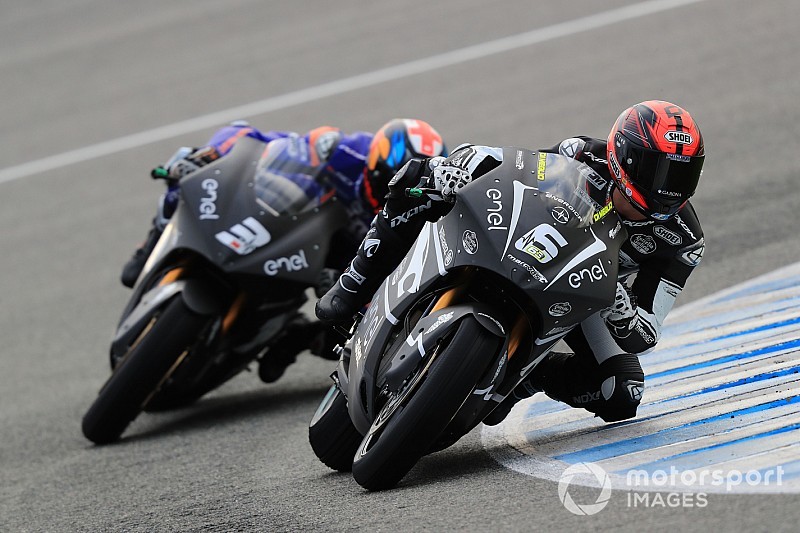 An overnight fire during pre-season testing at Jerez in March destroyed the full roster of MotoE's Energica Ego Corsa bikes, forcing promoter Dorna to move the season opener to the Sachsenring in July – albeit retaining a full six-race schedule.

MotoE has now announced that bike supplier Energica “are expecting to have built all the machinery for the season in less than three months”, enabling the series to schedule a three-day test for June 17-19.

The Circuit Ricardo Tormo, which will host the MotoE season finale double-header during the Valencia Grand Prix, is the chosen venue for the test.

A qualifying simulation and a full race simulation are scheduled for the final day of the test – the Wednesday of June 19.

The winner of the race simulation will receive an Energica Eva streetfighter sport bike as a reward.

Twelve teams have signed up for the inaugural MotoE campaign, with Aprilia MotoGP tester Bradley Smith and two-time premier-class vice-champion Sete Gibernau among the 18 riders.