The 28-year-old Abraham has been a regular in grand prix racing's premier class intermittently since 2011, and has spend the past two seasons competing for Nieto Ducati.

But with the Nieto team giving up its MotoGP 2019 entries to Yamaha's new satellite outfit SIC, which has signed Franco Morbidelli and Fabio Quartararo, Abraham has found alternative employment in the championship for the next two years.

“He is a hard worker, has won in Moto2, and has a lot of experience in MotoGP and with Ducati.

“And I’m also happy to announce that we will continue with Ducati for two more seasons.”

Motorsport.com reported back in July had Abraham had been the favourite to land an Avintia ride, but the rider, who is 23rd in the current standings riding a Ducati GP16, was insistent on securing a newer-specification bike.

Avintia currently fields a Ducati GP17 for Tito Rabat and a 2016-spec bike for Xavier Simeon, but Abraham – who is expected to line up alongside Rabat next year – has revealed that he will have a 2018-spec Desmosedici at his disposal next year.

“We signed in Silverstone because it was very important for me to finalise every detail of the contract in order to get competitive machinery,” Abraham said.

“This worked out also thanks to a big help of [general manager] Luigi Dall’Igna and [sporting director] Paolo Ciabatti from Ducati factory.

“The important part is that it will be Ducati GP18 with the newest specification, which has good results from this season.

“Thanks to that, I believe that we will be able to make some really good results and I am already very excited about the next season.” 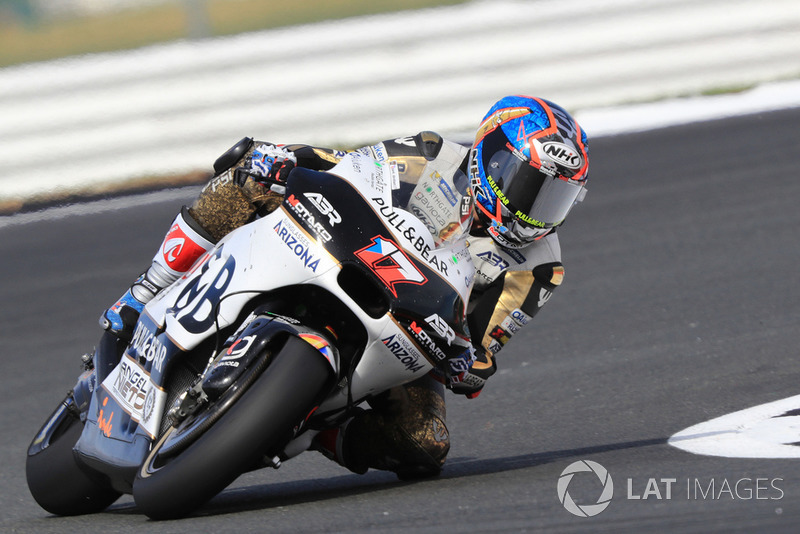 Espargaro to return to MotoGP action in Misano

Abraham reveals this year's Czech GP "may be the last"