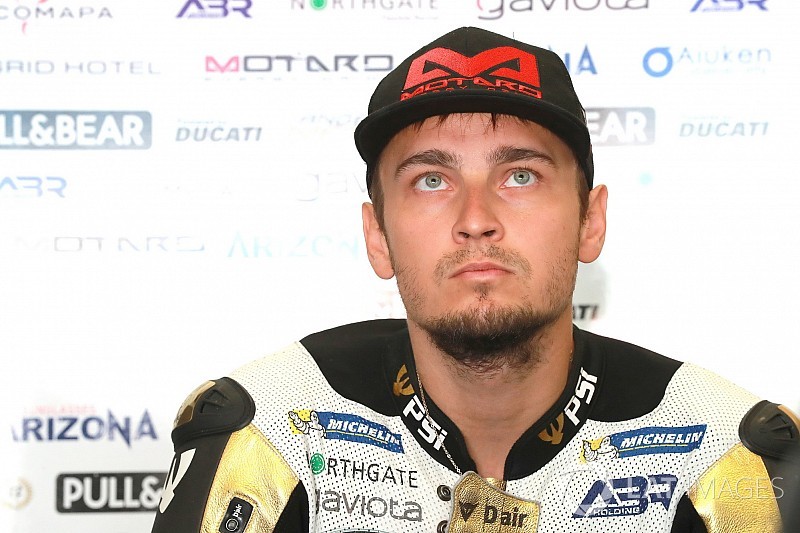 Karel Abraham says he is trying "everything" to continue in MotoGP for 2019 but admits there are "very few" options still available to remain on the grid.

Abraham is currently in his second season with the Angel Nieto Ducati squad, formerly known as Aspar, but the team's two MotoGP slots have been purchased by SIC for next year.

The new Yamaha outfit is expected to sign Valentino Rossi protege Franco Morbidelli, while Dani Pedrosa is the main target for the second ride - although the Spaniard is believed to also be considering retirement.

Besides SIC, the only other teams with 2019 rides are available are Avintia Ducati and Marc VDS Honda, but the latter squad's future beyond this year is looking in serious doubt.

Abraham admitted that options to stay in MotoGP for 2019 are scarce, but he remains committed to trying to find a place.

"I think everyone following MotoGP knows what options are there in the paddock at the moment, there is very few, or can't even say that, there is just not many options," he told Motorsport.com.

"I am working on one, but we will see if it works out or not.

"The rumours say that Petronas Yamaha already has two riders so that is not really an option but we are ready like sharks if the option is there, just to get it or talk about it at least.

"But Yamaha, we don't think there is an option and because they say Morbidelli is signed for Yamaha that also tells us about the future of Marc VDS team.

Abraham has raced in MotoGP since 2011 with the exception of 2016, when he spent a year in World Superbike.

However the 28-year-old rider says he'll only look into returning to WSBK if he runs out of options in MotoGP.

"I was thinking about it, but to be honest, I'm trying to do everything not to go to WSBK but to work on MotoGP," when asked about a possible return to the production-based series.

"If that opportunity fails and I have to look for something else, then I will decide but World Superbike is really difficult.

"It is a beautiful championship, the riders are super-fast, but unfortunately as it is here in MotoGP, if you don't get a factory Yamaha, Ducati or Kawasaki, then it is difficult to make any good results."

Abraham added that he has received offers from Moto2 teams, which might also be an option, as well as a test rider role in MotoGP.

"I had some offers to go to Moto2 but again, I am trying not to go back to Moto2," he said. "I don't want to say 100 percent not, but it is one of the options that I am not even thinking about it at the moment.

"If there is an option [to become a test rider], it all depends how many tests, where do I test, what bike do I test, do I get a wildcard throughout the season, how much do I get paid...

"How busy would I be, would it be like a 100 percent job or would it be just like a part-time job - all these things matter, and we will see. No offer from a test team came yet."