Aleix Espargaro is certain that Aprilia's lacklustre form in MotoGP this season has made him lose some of his sharpness.

In his second season with Aprilia, Espargaro ended the year with his worst-ever premier class championship position in 17th, with sixth place at Aragon being the highlight of an otherwise difficult campaign.

Although he is contracted with Aprilia for the next two seasons, the Spaniard even hinted late in the year he would have to reconsider his MotoGP future if the Italian marque fails to progress in 2019.

Reflecting on his 2018 campaign, Espargaro admitted Aprilia's difficulties had most likely also cost him a few tenths of outright pace as a rider.

"This is not about the bike or the rider, this is about a mix," he said. "When the bike and the rider are in the same shape, like this year Marc [Marquez] shows, when he moves the bike, when he accelerates, the body, balance everything you can see that this is a [single] piece.

"I tried to be positive and maintain the strength but not easy, very difficult. This is why sometimes we say, when one good result arrive, or one good podium arrives, everything change a lot.

"You are the same rider, but the confidence in MotoGP when we are talking about two, three tenths is very important."

Espargaro added that becoming a father, with the birth of twins Max and Mia, helped him keep his head up in a year in which both he and his brother Pol were hit by injury.

The elder of the two racing brothers spent five days in hospital in Chemnitz after crashing in warm-up at the Sachsenring, while the younger skipped three races mid-season with injury.

"I was lucky that I was a father this year because they [the children] give me a lot of positive energy," Espargaro added.

"Has been a very difficult year because I was not competitive, I was very slow this year, so for me I am a guy who cannot really disconnect when I am home and be happy and relaxed.

"If it is good I am happy, if not I am not happy before we arrive next race.

"Apart from this, I had also injuries, I had to be operated, I was in Germany in the hospital for [five] days, also my brother had a very scary injury. Has been in all aspects except family a very difficult year." 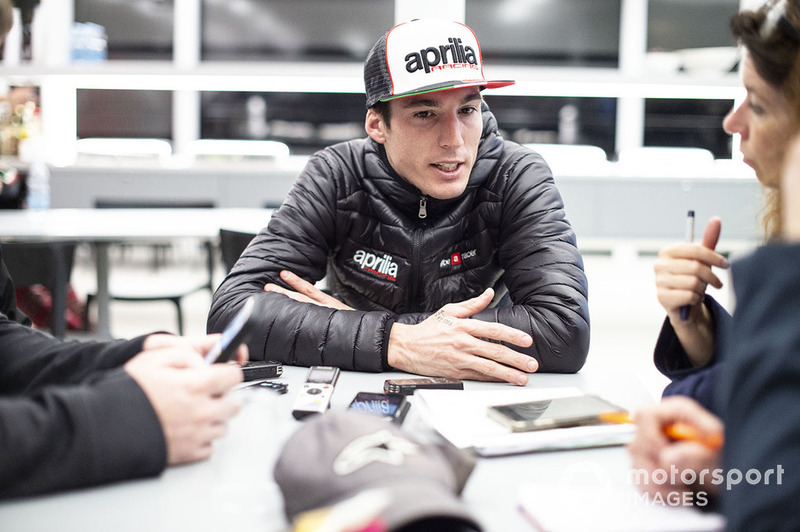