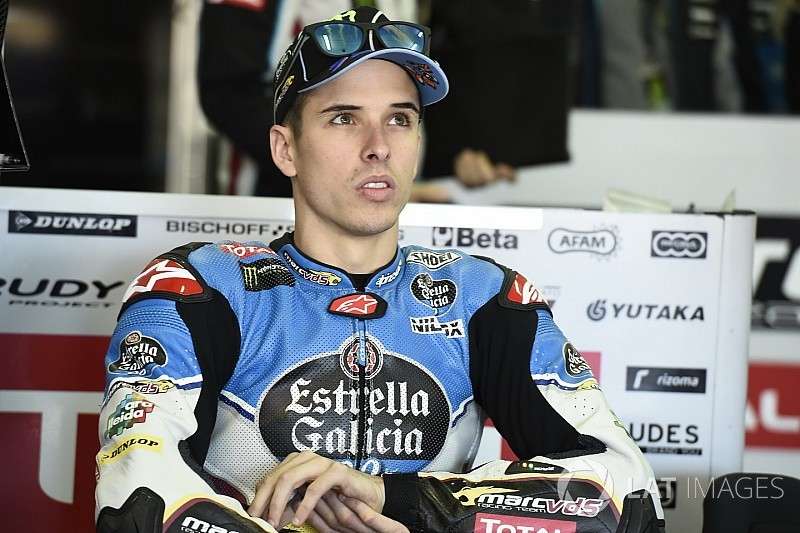 Moto2 frontrunner Alex Marquez is to test the Marc VDS Honda MotoGP bike in late November at Jerez, the team has confirmed.

Marquez, brother of four-time premier class champion Marc, is slated to ride the MotoGP bike for a day and a half on November 23-24.

The 21-year-old, who won the Moto3 title in 2014, finished fourth in the intermediate class this year with Marc VDS and has long signed on to remain part of the team's Moto2 set-up in 2018.

But with the team's new signing Thomas Luthi – who will make up an all-rookie Marc VDS MotoGP line-up with Moto2 champion Franco Morbidelli in 2018 – still recovering from injury, the outfit has opted to give Marquez a run-out in order to help Luthi's crew prepare for the upcoming season.

“We will make one and a half day next week in Jerez, because of Tom's injury,” Marc VDS principal Michael Bartholemy told MotoGP.com during the post-season test in Valencia.

“And I don't want to come to Sepang [2018 pre-season] test with a rider that was never on a MotoGP bike and a team that has absolutely no idea about the MotoGP bike, the tyres, the set-ups.”

“My decision was to make this investment,” Bartholemy continued, “to have Takahashi here, in Valencia, so that the team can learn.

“My idea was with Alex that Gilles [Bigot, Luthi's crew chief], he can see a little bit what will be the comments of a Moto2 rider when he jump on the MotoGP bike. I think that Alex's comments will for sure be quite similar to what Tom will feel in the beginning.

“With Takahashi we have a rider that is not coming from this Moto2 school, and that is why I ask to HRC to have Alex on the bike in Jerez, he will make one and a half day in Jerez.

“We need to see a little bit with the weather situation because it looks now 23 of November they announce some rain.”

The Jerez test will not be Marquez's first outing on a MotoGP bike, as he's previously done a few laps aboard Honda factory machinery.

Bartholemy said that, when Marc VDS regular Jack Miller confirmed he would be leaving for Pramac Ducati for 2018, a potential MotoGP move was discussed with Marquez.

But the team principal insisted a Moto2 stay was the preferred option for both parties.

“The situation is also that Marc VDS, the Estrella Galicia team, make most of the living out of the Moto2 project - we've had quite a strong Moto2 project the last eight years. And I need also a rider like Alex to make the results for next year,” Bartholemy explained.

“And himself he was also quite clear, he said 'okay, first I want to win the Moto2 championship before I move to MotoGP, I still feel not ready to go so I would like to stay for at least one or two years more in the team and ride the Moto2 bike'.”

Marquez reveals he was "losing hair" in tough start to 2017