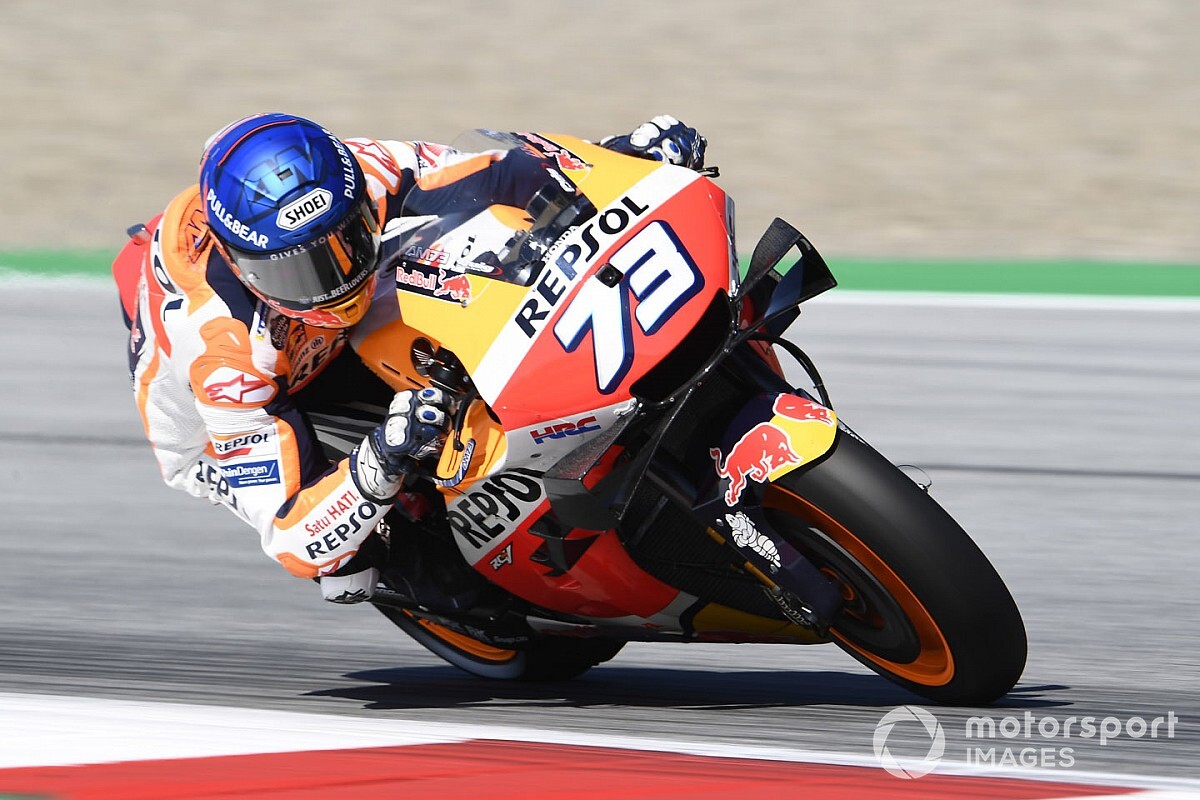 Honda rookie Alex Marquez insists it’s “time to take more risks” now to get further up the MotoGP order after a steady start to his maiden season.

Marquez has come under the spotlight in the wake of world champion brother Marc Marquez’s absence through injury and the problems LCR’s Cal Cructhlow has suffered over the past two months, with the younger Marquez brother the leading factory HRC rider in the standings.

After a 12th and eighth in the two Jerez races, Marquez was only 15th in the Czech Grand Prix, 13th in the Austrian GP and out of the points in 16th in the second Red Bull Ring outing.

Having made it to the finish and gained useful data from his first five races, which he deems as “positive”, Marquez now admits he needs to push himself and the bike over the final nine rounds.

When asked by Motorsport.com how he reflected on his first races and what he expected from the coming San Marino/Emilia Romagna GP double-header, the Honda rider said: “Yeah, two weeks off always helps to think about [the first races], to think and to learn and to try to analyse where we can improve.

“In the end, we did already five races. We finished five races, so that’s positive to have made many kilometres with the bike and to take profit from the experience, and this is always good.

“But, I think it’s time to take a little bit more risk, to try to already push a little bit harder and try to be faster.”

With two races at Misano coming up, with a test for the entire paddock on the Tuesday between both rounds, Marquez believes the next week presents a “good opportunity” for him to take a step forward.

“It’s a good opportunity here in Misano,” he added. We have back-to-back [races], we have a test [between races].

“So it will be a good opportunity to push and to take a little bit more risk compared to Brno and Austria.”

Marquez is currently 15th in the standings, some 31 points off top Honda runner Takaaki Nakagami on the year-old LCR-run RC213V.