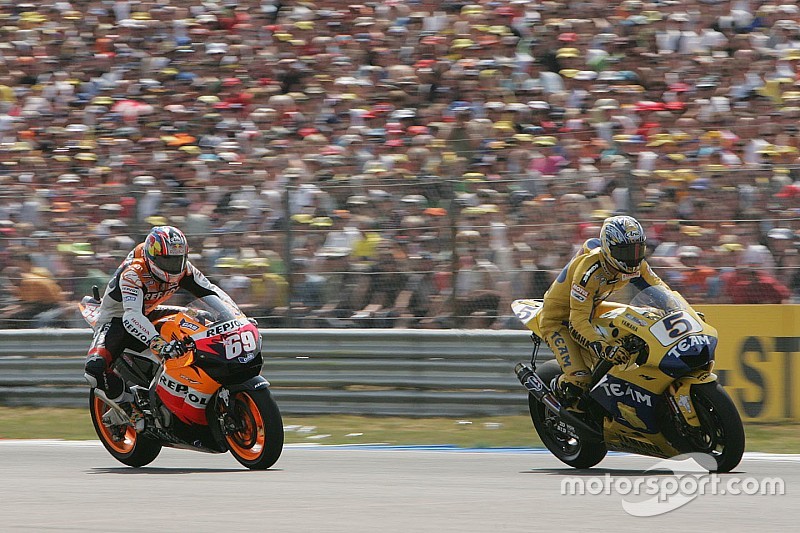 Since the late Nicky Hayden left MotoGP at the end of 2015, grand prix racing's top tier has been devoid of full-time American representation - and there are no obvious candidates on the horizon to fix that. How did this happen?

Ever since Pat Hennen joined the 500cc World Championship in 1976, the US has played a key role in shaping the history of what we now know as MotoGP.

From Kenny Roberts Sr revolutionizing the sport in the late 1970s to Hayden's ultimate underdog triumph over Valentino Rossi in 2006, American riders have almost always been at the forefront of grand prix racing's top tier - until recently.

It's now been nearly eight years since Ben Spies' sole MotoGP triumph at Assen in 2011, which remains the most recent for an American rider in a category now utterly dominated by Italians and Spaniards. And in that time, the number of Americans on the grid full-time has dwindled from three to zero, a number that looks unlikely to increase any time soon.

Spies was the last rider to follow what was once a well-trodden path from domestic success in America to the world stage, switching to World Superbike after racking up three consecutive titles in AMA Superbike in 2006, '07 and '08.

After winning WSBK at his first attempt in 2009, he duly made the move to MotoGP with Tech 3 in 2010, and was promoted to a place in Yamaha's factory line-up the following year when Rossi made his ill-fated switch to Ducati.

But when Spies' MotoGP career faltered a couple of years later, there were no young Americans ready to fill the breach. Colin Edwards and Hayden were both approaching the end of their careers, with two-time WSBK champion Edwards calling it a day after the 2014 season and Hayden switching over to WSBK at the end of the following year.

Barring a couple of late-season cameos by Hayden in 2016 to replace the injured Dani Pedrosa, that year was the first since 1975 without any American riders on the starting grid.

While 500cc was once dominated by Americans and Australians, the make-up of modern day MotoGP is overwhelmingly European. Of the 22 riders that comprise the class of 2019, just three (Jack Miller, Takaaki Nakagami and Hafizh Syahrin) are from any other continent. Italy and Spain together make up more than 60 percent of the grid. 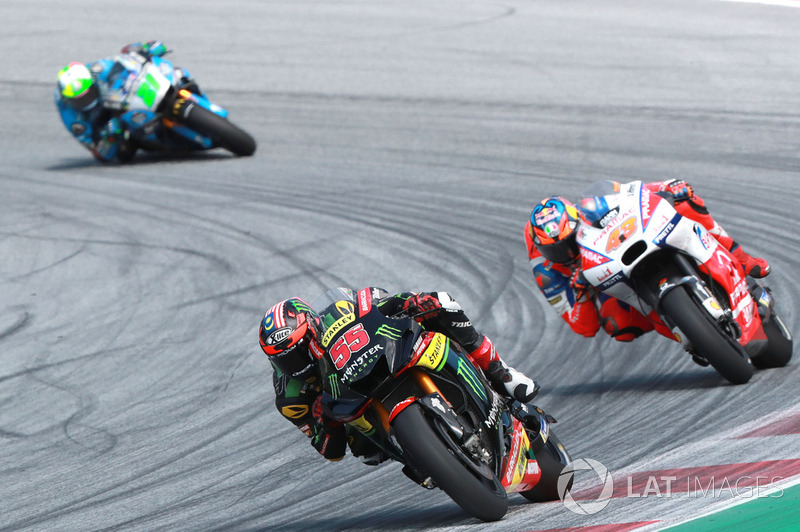 Wayne Rainey, a three-time 500cc champion in the early 1990s, believes that's no coincidence, citing the work done by those countries' national federations to prepare their youngsters for world competition.

And at the same time, he laments the demise of AMA Superbike as a training ground for future MotoGP stars, something he pins on the sale of the series to NASCAR-owned Daytona Motorsports Group (DMG) back in 2008.

Rainey said: "America was the dominant force in my era, and obviously much has changed in the last 20 years. I think what has happened is that the national federations in Europe, in Italy and Spain, worked very hard on their national championships, raising them to a high level. So very young riders could race in professional categories.

"This was always the strong point for America, the national championship was at a very high level. This is why America was so strong in the past. But things change.

"American racing was very strong up until the end of about 2008. Then [DMG] bought AMA Superbike, they changed the rules, they made the 600cc class the number one focus for the championship. Superbike was no longer the priority.

"This created some confusion, and this started the decline in America. Then we had the financial crisis and that was right at the time that Europe was getting very focused on their national championships, as far as the rules were gonna be, the bikes were gonna be. This has been super-successful."

A quick glance at the list of AMA Superbike champions shows just how many future MotoGP and WSBK stars the championship has provided.

Besides Rainey himself, Eddie Lawson, Fred Merkel, Doug Chandler, Scott Russell, Doug Polen, Troy Corser and Ben Bostrom, as well as Edwards, Hayden and Spies all went on to have successful international careers off the back of their exploits in the States. Hayden even moved directly from AMA to a Respol Honda MotoGP ride in 2003.

After Spies' run of titles, the series was dominated by Josh Hayes, who at 35 was too old to realistically go on to race abroad full-time by the time he won his first AMA title - although he did make a MotoGP cameo at Valencia in 2011 in place of the injured Edwards at Tech 3 and hardly disgraced himself.

Josh Herrin (15 years the junior of his namesake) then ended Hayes' run in 2013, and off the back of that got a chance in Moto2 with the SIC team in 2014. But he didn't last the season, having been totally outclassed by teammate Johann Zarco. Clearly, AMA pedigree was no longer the guarantee of success overseas it once was. 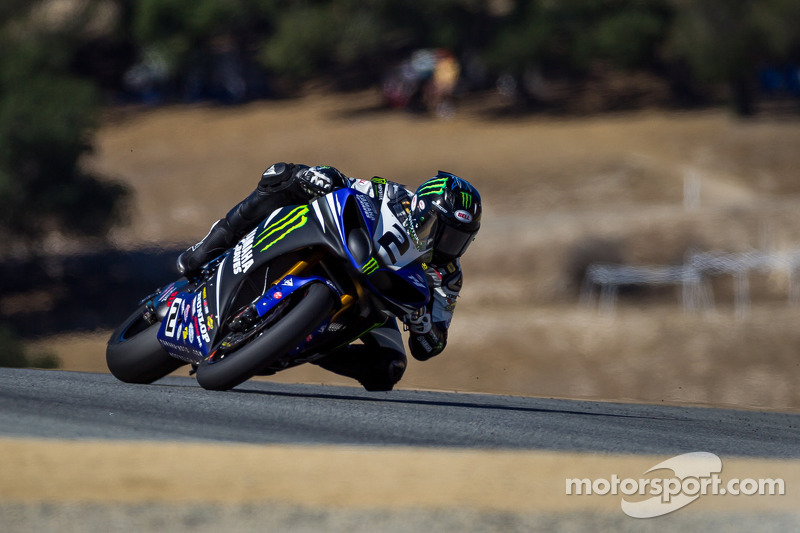 Not long after that, Rainey's KRAVE organisation (so-named because of the initials of Rainey and his fellow partners) took over the running of AMA Superbike from DMG, rebranding the series MotoAmerica for the 2015 season.

Cameron Beaubier - teammate to none other than Marc Marquez in the 125cc class back in 2009 - became the first champion of the new era that year, before adding further crowns in 2016 and 2018, having lost out to former MotoGP race winner and Moto2 champion Toni Elias in 2017.

In years gone by, a rider with Beaubier's credentials would have most likely gone on to have a successful career overseas, especially with his close ties to Yamaha. But, barring a one-off appearance in World Superbike at Donington Park in 2016 as an injury stand-in, Beaubier has opted to stay put.

It's a situation that dismays Rainey, but he says it's perfectly understandable when you consider the financial side.

"What I’ve seen in these last four years is that these racers understand that in the world championship, the opportunity to be on a top-level machine and make a career out of it are much less than before," admitted Rainey.

"In America, a racer like Beaubier is making more money racing in MotoAmerica than everybody in World Superbike except [four-time world champion] Jonathan Rea.

"He is doing very well in America, he can go home after the race and sleep in his own bed and he is making probably double what he could make in the world championship. That’s why I don’t think Beaubier is going abroad."

But Rainey believes Beaubier is not making the most of his potential by remaining in America, and even revealed that he has urged him to look beyond MotoAmerica to further his career.

"I think he is not trying to race internationally enough," he added. "He’s not in the Suzuka 8 Hour, he’s not pushing Yamaha for a MotoGP test or to ride for the World Superbike team. I think he could be in the top five no problem in World Superbike.

"If it was me, and I’ve told him, ‘I think you should go past MotoAmerica, and if they want you to race for nothing, you should race for nothing. And if you have to pay something, maybe you should think about that because it’s for your future.' If you are successful, you can make a much better career abroad than you can in MotoAmerica." 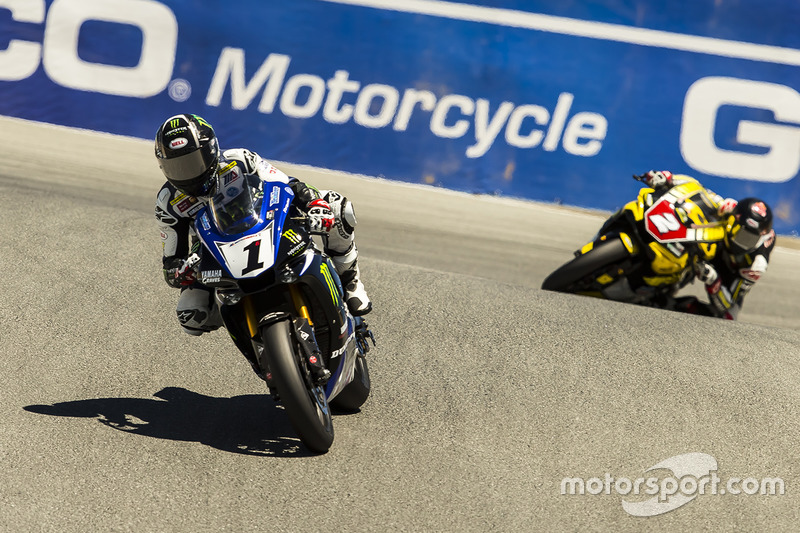 Rainey went on to cite the example of JD Beach, perhaps best known to European audiences as the winner of the Red Bull Rookies Cup back in 2008, as a rider who has been proactive about trying to create opportunities abroad.

"I know he was in Valencia, looking around in Moto2 for [a ride in] 2020," Rainey said of Beach, who is stepping up to MotoAmerica's Superbike class after winning the Supersport crown last year. "This is what it takes.

"You have to go over there, get in front of the teams, you have to be willing to figure out how to get a test. And I know there are many teams in Europe that would love to see someone new in the paddock, especially from America."

After Herrin's short-lived Moto2 stint in 2014, the lower classes of grand prix racing were devoid of US representation until the arrival of Joe Roberts in the middle of 2017.

The 21-year-old from Los Angeles got the opportunity to join the now-defunct AGR team in Moto2 after establishing himself as a top-five rider in CEV Moto2, and from there was handed a full season aboard the unfancied NTS chassis, managing only five points all year.

Still, Roberts (no relation to the famous US racing dynasty) has secured himself a ride with the CGBM Evolution KTM team for 2019, which ought to provide a much more representative look at whether he has true star potential.

While Rainey doesn't name Roberts directly, he cautions that nothing less than top-fives will do if he, Beach or any other future hopeful from the States is to have any chance of cracking open the Spanish-Italian MotoGP duopoly.

"Dorna really wants to see America be successful," said Rainey. "Maybe the right [rider] hasn’t come around yet, but I think Dorna is waiting for me to tell them which one we think can be there.

"But when an American [goes into Moto2 or Moto3], you cannot run 10th place, or 15th or 20th. Nobody will think you are good enough. If you finish in the top five, you have a chance. But unless you do, nobody will take you serious.

"This is why, when an American comes, he must finish towards the podium, and if this happens, then I think that particular rider would have a chance to race in MotoGP." 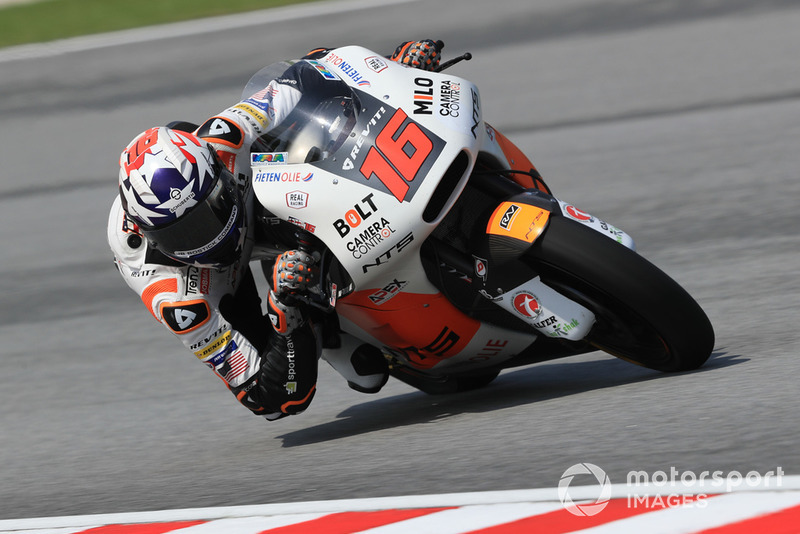 Reaching MotoGP is one thing, but having a chance to win is quite another. And the grand prix paddock is a famously unforgiving place towards those riders who fail to make an immediate impact at the top level, regardless of their nationality.

The crowd numbers at COTA each April for the MotoGP race seem to prove that it’s of little interest to American race fans where the riders come from: they just want to see great action.

So if a rider having sufficient talent and experience is of far greater significance than place of origin, that may require potential American stars to head to Europe in their mid-teens to compete in CEV Moto3 or the Rookies Cup and therefore sidestep MotoAmerica entirely.

That isn’t a disaster for MotoAmerica: Rainey’s series is likely to benefit more from American success abroad stoking enthusiasm on the domestic front, than sending ‘his’ stars to Europe at an age when their habits are starting to solidify, their ability to radically reboot and relearn is fading, and therefore their potential is limited.

Generally speaking, the days of national Superbike series providing future MotoGP riders has passed. The disciplines are much more divergent now than they were in the early 2000s, when Hayden, Shane Byrne and Makoto Tamada all transitioned directly to MotoGP from AMA, British Superbike and All-Japan Superbike respectively.

It should also be pointed out that success in MotoGP is a numbers game. The chances of one American prevailing in the tsunami of Italian and Spanish riders is necessarily a remote one, so there needs to be a counteracting tidal wave of talent from across the Atlantic.

And if there is no such thing brewing, perhaps that indicates an increasing disaffection for bike racing – at least at the fully pro level – among the teenagers and youth of America. In which case, US bike fans may be destined forever to look back on the late '70s to early '90s as their golden era. 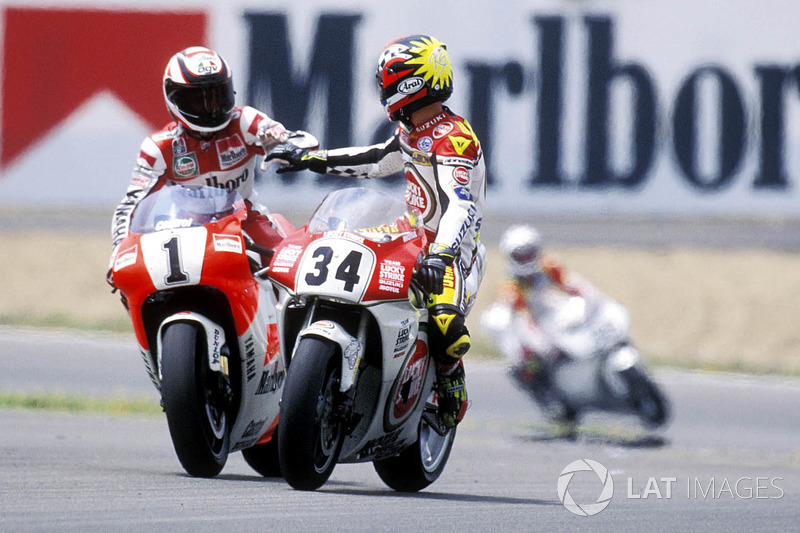