Analysis: Can Rossi end his winless streak at Sepang?

While Maverick Vinales ended Yamaha's victory drought at Phillip Island, the team's other rider Valentino Rossi is still waiting for his breakthrough - but Sepang looks a great opportunity for the Italian.

While it’d be foolish to say that after Vinales' victory there is no pressure on Yamaha, there is a bit less expectation towards the team and more towards Rossi specifically, as he still hasn’t won since his 2017 triumph in Assen.

But at Sepang, Yamaha has again confirmed that the breakthrough made in Thailand is legitimate, and Vinales looked set to join usual suspects Marc Marquez and Andrea Dovizioso in the victory fight.

He was doing well until it started to rain in FP4, when Vinales suffered a crash and ultimately couldn't adapt to the conditions in qualifying.

He will only start 11th which, if paired with one of his trademark bad starts, could leave him with simply too much ground to make up to be able to fight for victory.

"In Australia I was 10th in first lap," said the optimistic Spaniard. "Then I made my way through. I think this year is a little bit easier to overtake.

"This weekend we worked pretty strong on the starts, I change my way, let's see if I can do the best start of the season and I can do some pace." 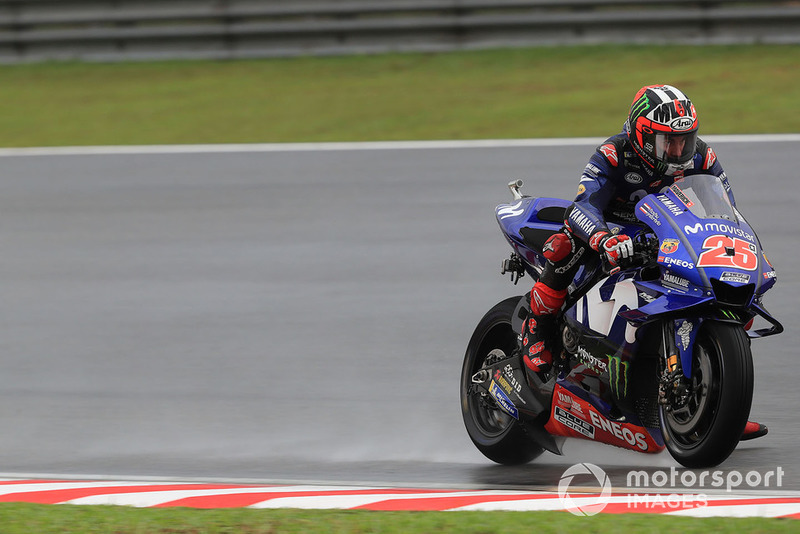 Rossi, as it’s often been the case this year, hasn’t looked as strong as Vinales in practices, but the Italian is usually able to be on his teammate’s level in the races.

That, paired up with his second place on the grid, makes him a much safer bet for victory than Vinales.

The only rider that starts ahead of him is another Yamaha in Johann Zarco but it’s been a long time since the Frenchman could be a serious threat on Sunday, even if he keeps proving his massive talent on Saturdays.

Rossi’s obvious challengers will be Dovizioso and Marquez, the duo starting fourth and seventh after imperfect qualifying sessions from both.

On paper, Dovizioso should be entering tomorrow’s race as the favourite as he won the last two editions of the Malaysian Grand Prix and Sepang with its two long straights favours the Ducati a lot.

However, while he hasn’t been poor in any way, Dovizioso hasn't really demonstrated an advantage over his Honda and Yamaha rivals.

And he will likely not be joined by other Ducatis at the front as none of Danilo Petrucci, Jack Miller, Alvaro Bautista and Jorge Lorenzo’s replacement Michele Pirro have shown pace to contend for the podium – another sign that Ducati is perhaps not as big of a force as it once was at Sepang. 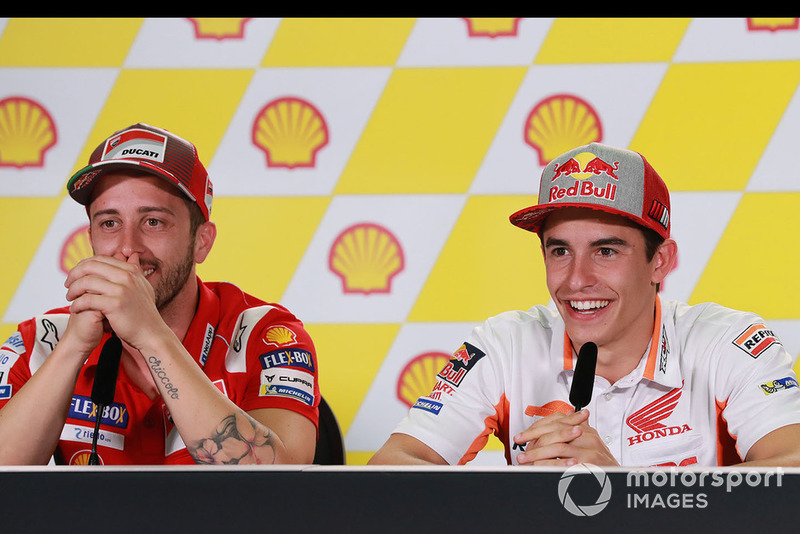 Like Ducati, Honda will also be headed by one man in Marquez, with Pedrosa and Cal Crutchlow’s replacement Stefan Bradl both failing to make a strong impression.

Marquez struggled on Friday but made a big step forward after that, and was fast enough to be a victory contender in the initial dry stages of FP4.

He may only start seventh due to a grid penalty for impeding Andrea Iannone, but that shouldn’t stop him from running close to the top by the end of Lap 1.

Suzuki was in the headlines on Friday when Alex Rins topped FP2 and Marquez called the team good enough to be a title contender.

The GSX-RR is not as strong as it looked last time out at Phillip Island, but one of the riders - Rins this time – is a dark horse contender for a podium finish.

He could have done with a better starting position than eighth, especially with Iannone starting third, and he will need to be aggressive in order not be held up by others, like he was in Australia.

Another man to keep an eye on is Aleix Espargaro, who made a clear step forward with Aprilia’s new bike, and has the pace to comfortably finish in the top 10.

All of the above is under the assumption that the track will remain dry, which is made considerably more likely by the race being brought forward by two hours. Still, this is Sepang, a track that often throws up the kind of conditions that make the form book irrelevant.

In the dry, as it has been for much of the season, the two safest bets for victory are Marquez and Dovizioso. But if they allow their rivals a chance, Rossi looks best-placed to take it and pull off a win that he believed earlier in the season would take a "miracle".

Sepang MotoGP: How the revised starting grid lines up