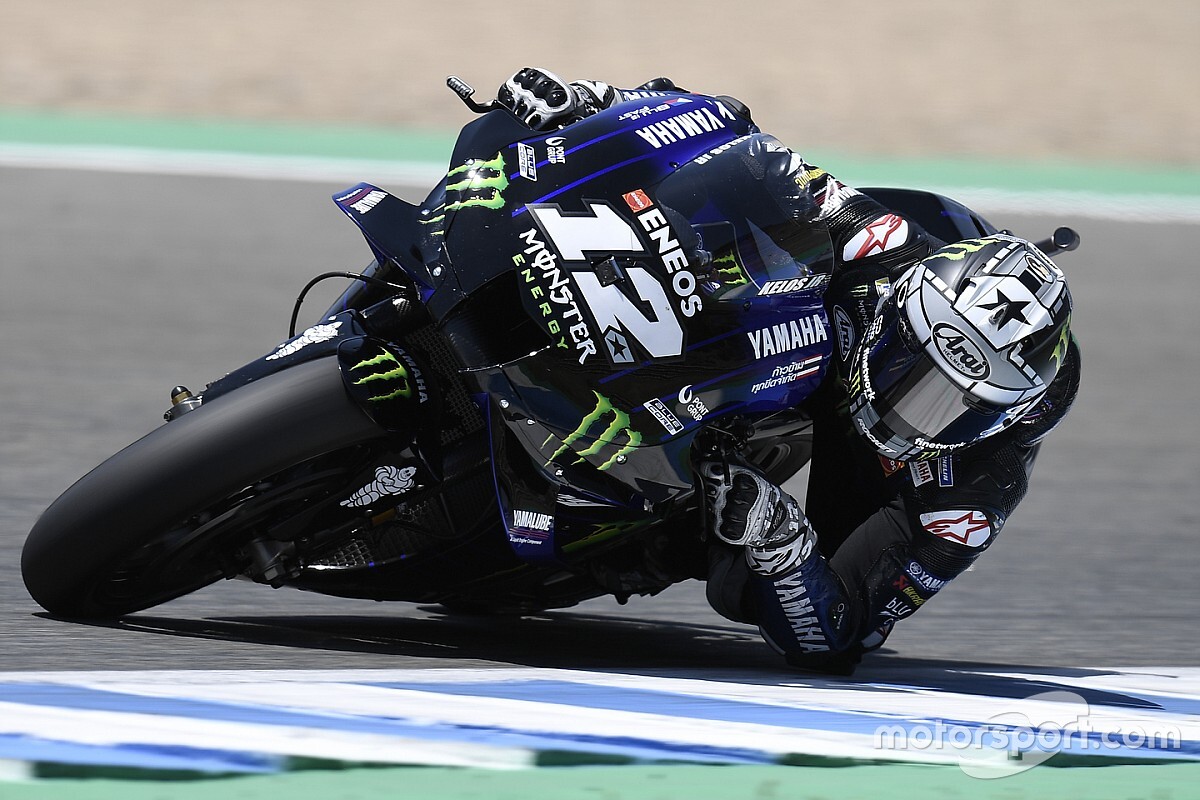 Maverick Vinales blitzed the Jerez lap record to lead third practice for the MotoGP Andalusian Grand Prix, as Marc Marquez made his return just four days after surgery and was 19th-fastest.

However, he was declared fit to ride on Thursday by MotoGP’s medical team, though as a compromise with Honda, Marquez sat out Friday’s action as a precaution.

Completing 18 laps across the 45-minute session, Marquez will face Q1 later this afternoon, though was only 1.2 seconds off the best pace and just eight tenths from the top 10.

The slightly cooler conditions relative to FP2 meant improvements on the combined times as the field placed their bids for automatic Q2 graduation were immediate, with LCR Honda’s FP2 pacesetter Takaaki Nakagami moving up to third overall with a 1m37.235s.

This stood for around six minutes, before Quartararo smashed his own lap record from qualifying last week with a 1m36.643s on his Petronas Yamaha.

Pramac’s Jack Miller leapt up to third late on with a 1m36.710s to trail the Yamaha duo, with Nakagami holding onto fourth as top Honda runner ahead of Bagnaia.

Danilo Petrucci produced a 1m36.937s late on to move into sixth, while his factory Ducati teammate Andrea Dovizioso missed the Q2 cut by two tenths down in 14th.

KTM rookie Brad Binder bagged a place in Q2 for the first time in seventh, beating the second works Yamaha of Valentino Rossi and his factory KTM teammate Pol Espargaro.

Joan Mir grabbed the last direct Q2 place on his Suzuki in 10th, with Aprilia’s Aleix Espargaro being nudged out by just 0.017s after a second fall at Turn 2, having crashed earlier at Turn 6.

Cal Crutchlow found over a second from his Friday best in 17th on the LCR Honda as he grits his teeth through a recently operated on fractured wrist.

Alex Rins sat out FP3 as he struggles with the shoulder he fractured and dislocated last week, but the Suzuki rider's intention is to ride in FP4 ahead of qualifying.