Aprilia has revealed the first pictures of its 2020 MotoGP challenger ahead of the shakedown test at Sepang beginning on Sunday. 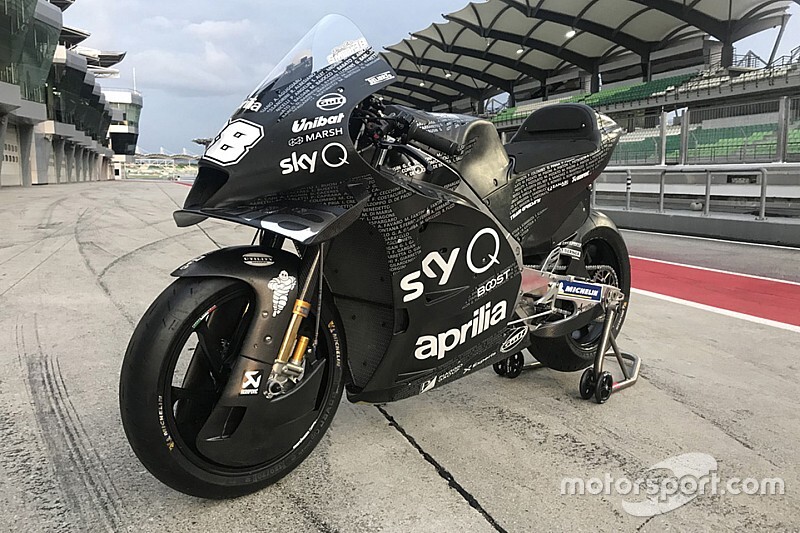 The Italian manufacturer published four pictures of test rider Bradley Smith’s 2020-spec RS-GP on Twitter on Saturday, with the new machine featuring a radically redesigned front fairing, as well as a new chassis and exhaust system.

It is rumoured Aprilia’s 2020 bike will also be powered by a 90-degree V4, similar to rival marques Honda, Ducati and KTM, instead of the narrow-angle 75-degree unit used previously.

Race rider Aleix Espargaro, Smith and former World Superbike rider Lorenzo Savadori will be on hand to put the new machine through its paces at Sepang, with the first official pre-season kicking off after the three-day shakedown on February 7.

Aprilia has endured a turbulent winter, as Andrea Iannone was handed a suspension from MotoGP’s governing body the FIM over a doping violation. He will have a hearing in Switzerland on February 4 and will not be present at Sepang for the test.

Should he be handed a lengthy ban, Aprilia CEO Massimo Rivola has warned that would likely end the partnership between the marque and Iannone. 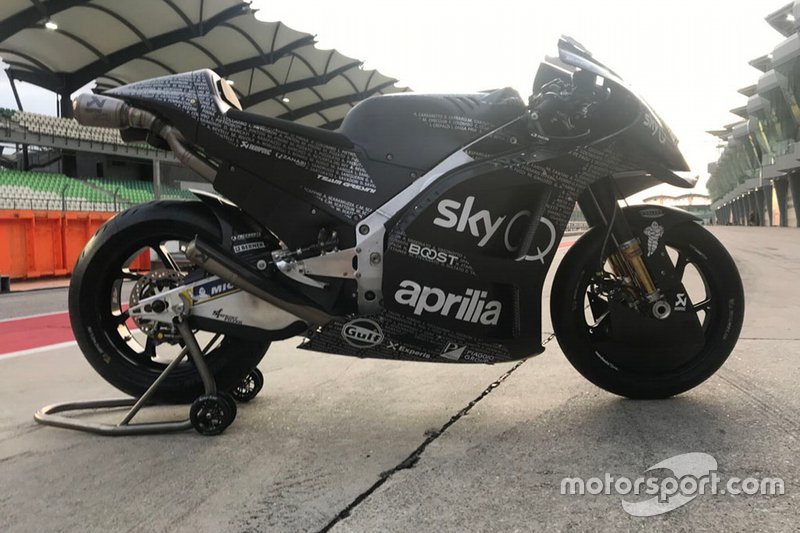 Aprilia returned to MotoGP in 2015, though it wasn’t until the following year that it debuted its first new prototype machine, having run what was essentially a modified RSV4 Superbike under Open class rules in its comeback season.

A difficult 2019 with its RS-GP meant Aprilia finished last of the six manufacturers, with a best result of sixth for Andrea Iannone at the Australian Grand Prix the best it could conjure.

Last year Aprilia boss Romano Albesiano promised a revolution of its bike for 2020, which led to only minimal updates of the current RS-GP – much to the ire of Espargaro, who publicly expressed his frustration during the Misano weekend.

Aprilia didn’t have any new parts to try at the Valencia and Jerez tests last November, so this week’s running at Sepang marks the first run out of its new machine.

Five MotoGP riders who need a big year in 2020