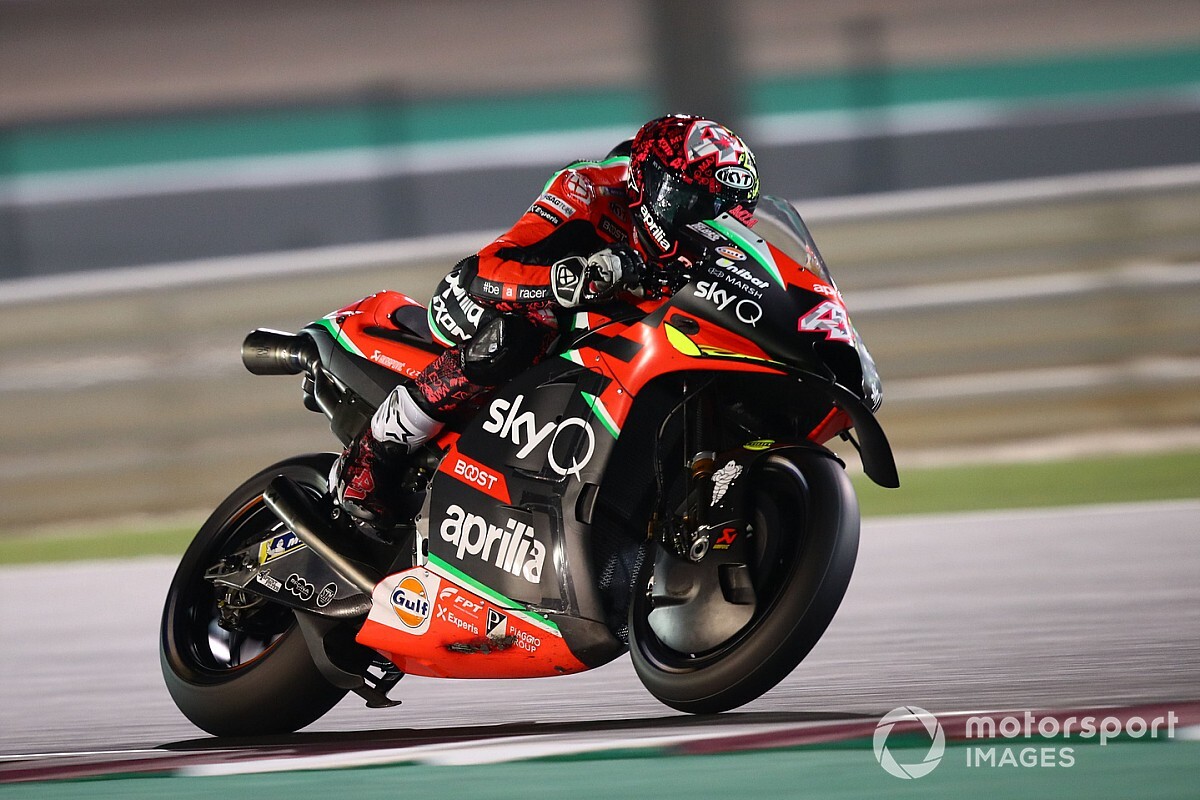 Aprilia has requested an exemption from the engine freeze MotoGP has implemented this year in response to the global coronavirus pandemic, Motorsport.com has learned.

At the core of Aprilia's radically-revised 2020-spec RS-GP is an all-new 90-degree V4 similar to those used by Honda, Ducati and KTM, replacing the old 75-degree unit.

However, the Noale marque has been denied the chance to work on the new motor this season by last month's decision to ban all engine and aero development until the start of 2021 as a cost-saving measure amid the economic fallout of the COVID-19 crisis.

In normal circumstances, concession squads Aprilia and KTM would have been able to update their engines throughout the year, but instead are set to have to stick to the specification of motor that was homologated in Qatar at the start of March.

However, Motorsport.com has learned that Aprilia has asked the Grand Prix Commission to be allowed to continue work on its engine until the start of the delayed season, which is set to begin in late July with a pair of races at Jerez.

It's understood Aprilia wants to work on the reliability of its engine and not performance, having not been able to do long runs in the Qatar test due to teething issues with the new unit.

Honda and Ducati have both been granted exemptions to MotoGP's engine freeze rules in the past to be able to work on reliability.