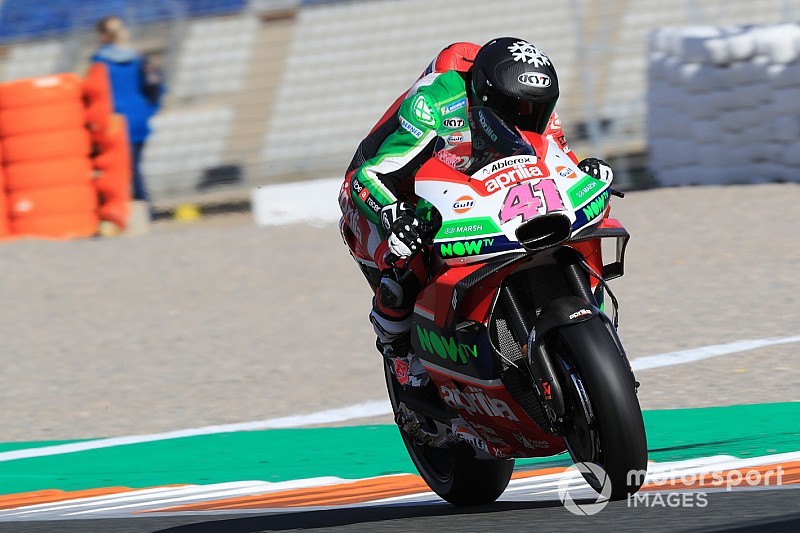 Aprilia's Aleix Espargaro will skip the last MotoGP test of the year due to being hospitalised with gastritis, and will be replaced by 2018 test rider Matteo Baiocco.

Espargaro was the sole rider retained by Aprilia from 2018, as Scott Redding moves to British Superbikes, while the team has just added Bradley Smith as a test rider.

Espargaro had a positive test in Valencia, leading Aprilia's efforts in seventh and 10th in the two days, but he will not be present in this week's test at Jerez, which will take place on 28th and 29th November.

Smith will take his place alongside Andrea Iannone in the main team and Baiocco, Aprilia's tester this year, will join as a third rider.

In 2018, he was 10th in the Italian CIV championship, which was won by Ducati tester Michele Pirro.

It is the second time Espargaro is hospitalised this year after he had a huge shunt in the Sunday morning warm-up at Sachsenring, forcing the Spaniard out of the German Grand Prix.

The 29-year-old ended his second season with Aprilia in 17th position, with a best finish of sixth at Aragon.