Lowes graduated from Moto2 to join Aprilia’s fledgling MotoGP project last year, but his two-year deal was terminated early amid a string of poor results.

He returned to Moto2 this year and was replaced by Scott Redding, who has likewise struggled aboard the RS-GP and has failed to retain his seat for the 2019 season – with Andrea Iannone signed to take his place.

Albesiano said at Aprilia's launch this year it had "overestimated itself" picking Lowes, and now he admits the Noale firm should have retained one of its 2016 riders, Stefan Bradl and Alvaro Bautista, to join Espargaro for 2017.

“I admit that from this point of view it [dropping Bradl and Bautista] was an error,” Albesiano told Gazzetto dello Sport. “The main error was to bet on a young rider when the bike wasn’t at the right level.

“The problem was not replacing both, Aleix gained a second when he got on the bike, but having another experienced rider in the box would have been better.

“From this point of view we are still suffering the consequences [of signing Lowes].”

With eight races left to run in 2018, Aprilia finds itself sixth and last in the manufacturers’ standings, trailing 2017 newcomer KTM by 13 points.

Espargaro’s best result of the season has been a ninth place finish at Le Mans, with Redding having failed to finish any higher than 12th.

The British rider endured a particularly miserable outing in Austria, where he lambasted his Aprilia machinery after  qualifying and finishing 20th on a weekend where he starred in mixed-weather practice.

He subsequently apologised for calling the RS-GP a “piece of s***” and Albesiano said the matter is now closed.

"Scott's [outburst] was a moment of blackout, in which he let himself go to unpleasant things,” said the Italian. “But he apologised and the matter ended there, with a penalty against him."

Aprilia, together with Ducati and Yamaha, is present at Misano for a private test on Sunday ahead of next weekend's British Grand Prix at Silverstone. 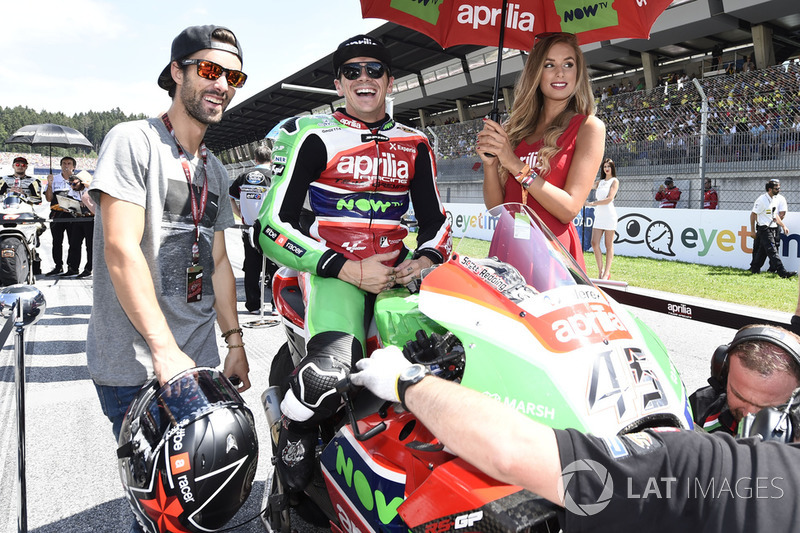 MotoGP: Virtual onboard at Assen

MotoGP: Morbidelli to miss Assen due to training injury

Aprilia "not ready" for MotoGP podium despite Germany form