Ducati MotoGP rider Andrea Dovizioso says this weekend’s Aragon round will be a good “test” to understand just how much progress the Italian manufacturer has made.

The Motorland circuit near Alcaniz has been a Marc Marquez stronghold the last two years, as well as being the scene of one of Dovizioso’s weakest results of a breakthrough 2017 season.

Last year the Italian struggled to seventh at the Spanish venue, only registering lower finishes at the Sachsenring (eighth) and Phillip Island (13th) during a year in which he won six times.

But in the wake of a third MotoGP win of the 2018 campaign at Misano, which was preceded by a strong private test at Aragon, Dovizioso says he can head into this weekend’s race confident of another good showing.

And after suffering another mediocre outing at the Sachsenring before the summer break, he believes Aragon will be important to gauge the progress the GP18 Ducati has made with turning.

“About Aragon, I think we can be fast,” said Dovizioso. “In the test we were good, but for sure Marc wants to win there, Marc will be strong there.

“But it will be a very good test for us to understand our level.”

He added: “On paper it’s another track well suited to Jorge [Lorenzo] and I imagine that he is wants to recover fast [from crashing at Misano], especially because he was strong there last year.

“But especially I expect Marc to be very strong with the Honda. In the last three years he has learned how to manage a championship – he decides when to attack, but he can save himself because he doesn’t risk his life to win.

“When the conditions are right he tries, otherwise he is there close behind like he was [in Misano]. His behaviour has paid off over time.”

Despite taking victory at Misano, Dovizioso lies 67 points down on Marquez in the title standings with six races to go, his title bid having been ruined by three DNFs in the first half of the season.

Having long since given up on trying to overhaul Marquez, Dovizioso said Ducati’s focus is already on 2019, when Danilo Petrucci replaces Lorenzo at the factory team.

“We try to stay concentrated on obtaining the best results, because against Marc it’s difficult,” Dovizioso said.

“I think now we are working in a good way, trying to improve the bike to be as competitive as possible, without thinking about the championship.

“But all this work will be useful for the next championship.” 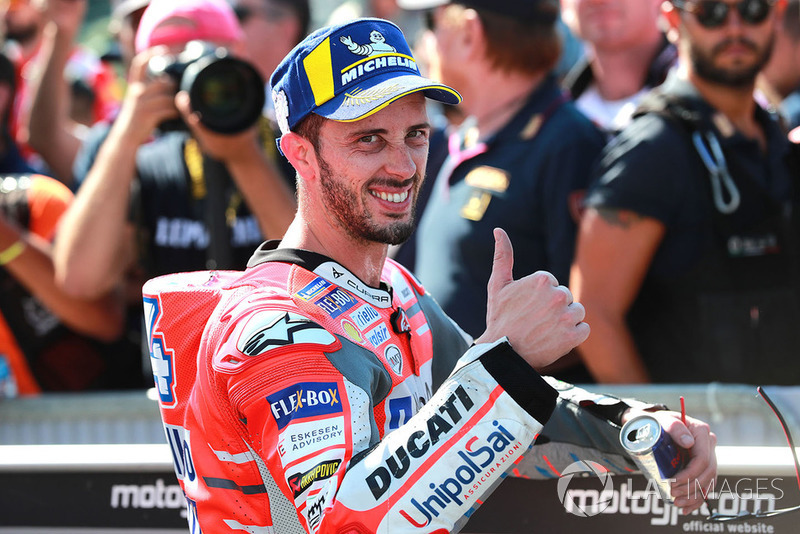 Redding accepts his "time in MotoGP is over"