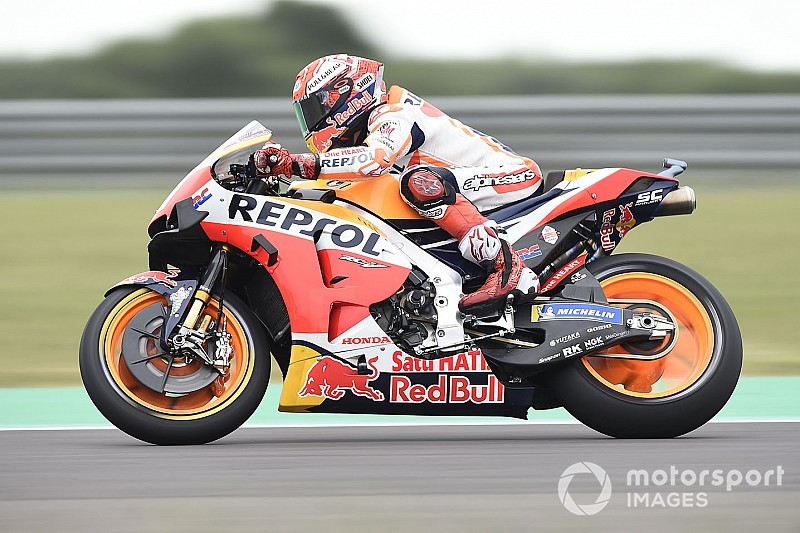 Argentina Grand Prix polesitter Marc Marquez remained the rider to beat in morning warm-up, finishing a little over a tenth of a second clear of Maverick Vinales.

Vinales, who qualified second behind Marquez on Saturday, seized the early initiative on a cool but dry Sunday morning at Termas de Rio Hondo, becoming the first rider to dip into the 1m39s.

Andrea Dovizioso ensured the top three order was identical to qualifying with a time 0.242s slower on the best of the Ducatis.

After a poor Saturday, Alex Rins made it four different manufacturers in the top four on his Suzuki, ahead of top satellite rider Franco Morbidelli on the Petronas SRT Yamaha.

Miguel Oliveira was an impressive ninth-fastest on the best of the KTMs, some seven positions ahead of the Austrian marque's top works rider Pol Espargaro.

Jorge Lorenzo was 11th on the second Repsol Honda, mirroring the position he qualified in on Saturday before he had his best time deleted for exceeding track limits.

Aprilia endured a low-key session with Aleix Espargaro and Andrea Iannone placing 18th and 20th respectively, either side of the second factory KTM of Johann Zarco.

Why you should go to the 2019 Thailand MotoGP