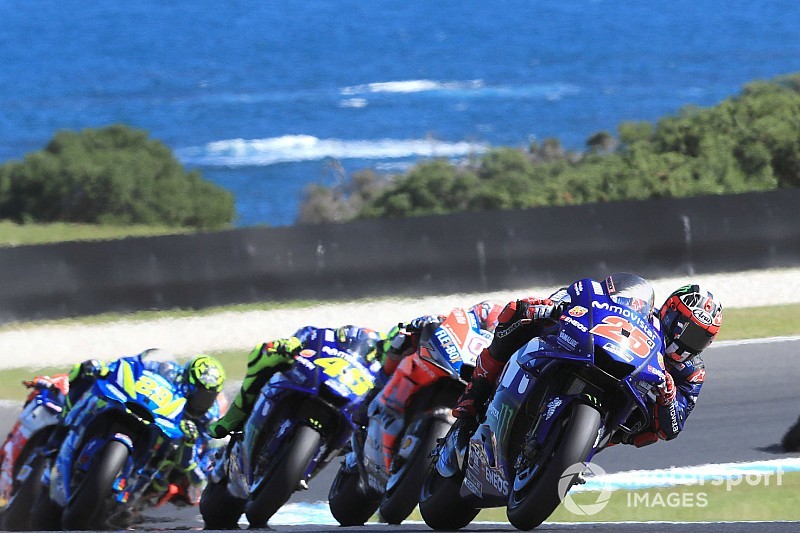 The Australian MotoGP race start is set to be shifted forward an hour from 2019 onwards, following an intense campaign from riders.

The Australian Grand Prix's 4pm start time has been a sore point among riders over recent years, plummeting track temperatures during the transition from afternoon to evening the chief concern.

It culminated in a formal push from the likes of Marc Marquez and Valentino Rossi last year, with hopes to have this year's race start at 3pm instead of 4pm.

While that ultimately didn't happen, it seems that the riders will now get their wish. Motorsport.com understands that Dorna has agreed to move the start time to 3pm local from 2019 onwards, which will be ratified as part of post-race discussions with the Australian Grand Prix Corporation.

The parties are yet to formally announce the change, but AGPC chief Andrew Westacott told Motorsport.com that the event is open to making the switch.

"We're madly taking notes all the way through our event on lots of things, and we'll work with Dorna over the coming weeks and look at what the plans are for next year.

"We're flexible about change. We'll mutually agree something with Dorna."

The shift to a 3pm start time will mean a 4am start time in the UK and 5am in Central Europe, the time difference to MotoGP's core TV audience having played a role in the decision to adopt the 4pm start made back in 2008.

According to Westacott, the initial shift to later in the day was also centred around track temperatures at the other end of the day.

"The reason we changed it back then was because the early warm-up sessions were held during very, very cold track conditions," he added.

"So it was felt that by moving it an hour later, there was better heat in the track, and we got the benefit of better broadcast times into Europe.

"But things evolve and things change. If it moves back to 3pm, we're comfortable with that. We'll design the whole programme around the most appropriate track schedule taking all inputs into account."