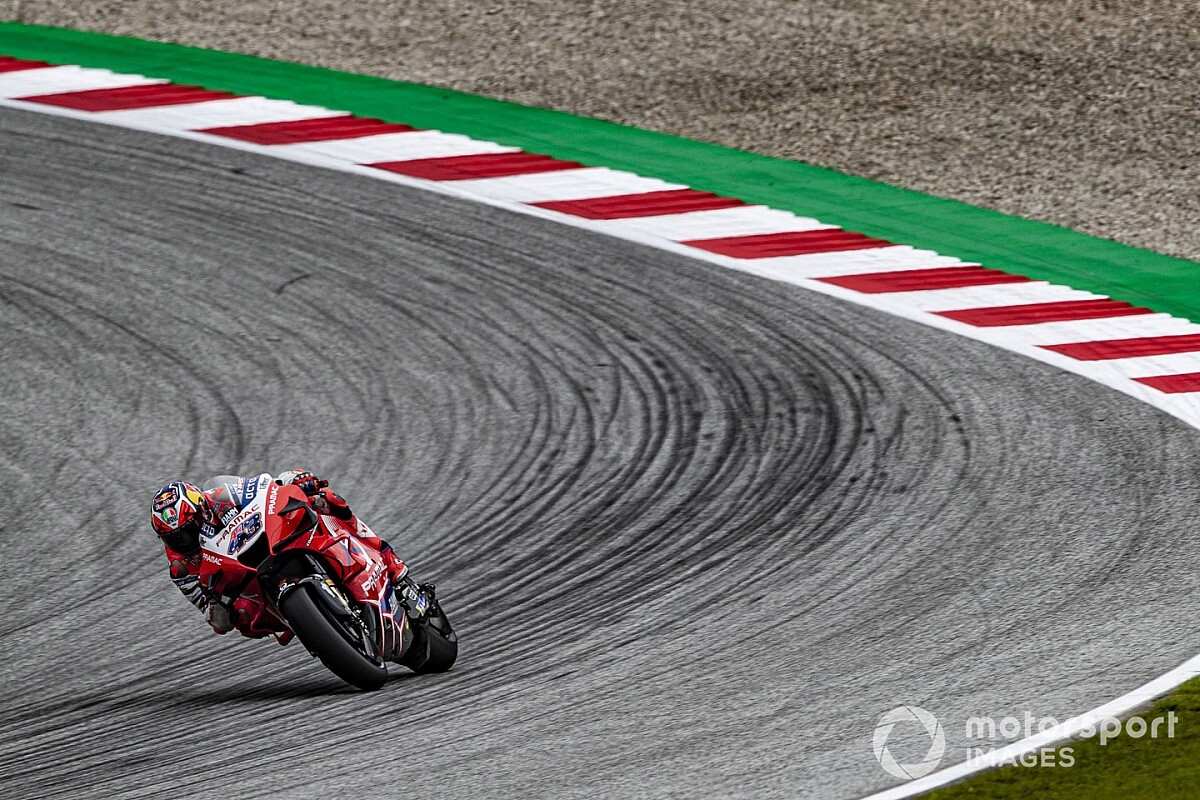 A burst of rain at Turns 3 and 4 towards the end of the Moto3 session left only a small section of the circuit wet, which kept most riders in the garage for most of MotoGP FP2.

Suzuki’s Joan Mir, Tech3’s Miguel Oliveira and Alex Marquez on the Honda – riders with little wet weather experience in the premier class – ventured out for a look at the conditions on wet tyres.

Oliveira set a 1m39.484s, which along with Aleix Espargaro’s 1m40.346s on the Aprilia was the only lap times on the board until the closing stages.

After a handful more riders showed the track had dried enough, there was a mass exodus from pitlane of slick-shod motorcycles.

Avintia’s Johann Zarco had moved the benchmark with a 1m34.271s with 10 minutes to go on wet tyres, though this was blitzed by Miller on his first dry tyre lap.

The Australian shot to the top of the standings with a 1m30.838s with four minutes to go, which he would improve on his next three efforts.

His Tech 3 teammate Miguel Oliveira trailed him in third, with Suzuki’s Alex Rins and Mir sandwiching Zarco to complete the top six positions.

Alex Marquez was 1.3s off the pace in seventh on the factory Honda, with Maverick Vinales and Valentino Rossi on the factory Yamahas eighth and ninth at the end of what will have been a frustrating afternoon given the continuation of the marque’s Brno woes in FP1.

Stefan Bradl rounded out the top 10 on the second works Honda, with Michele Pirro 11th on the Pramac Ducati in place of the injured Francesco Bagnaia.

Championship leader Fabio Quartararo was 12th ahead of Petronas Yamaha teammate Franco Morbidelli, who had an embarrassing moment in pitlane at the end of the session when he almost dropped his Yamaha as he dismounted.

Only the factory KTM pairing of Brno winner Brad Binder and Pol Espargaro – who remains fastest of all on combined times – didn’t set laptimes in FP2, though did venture out on circuit for a sighting lap at the end.

Espargaro “needed to crash” in practice to understand limit