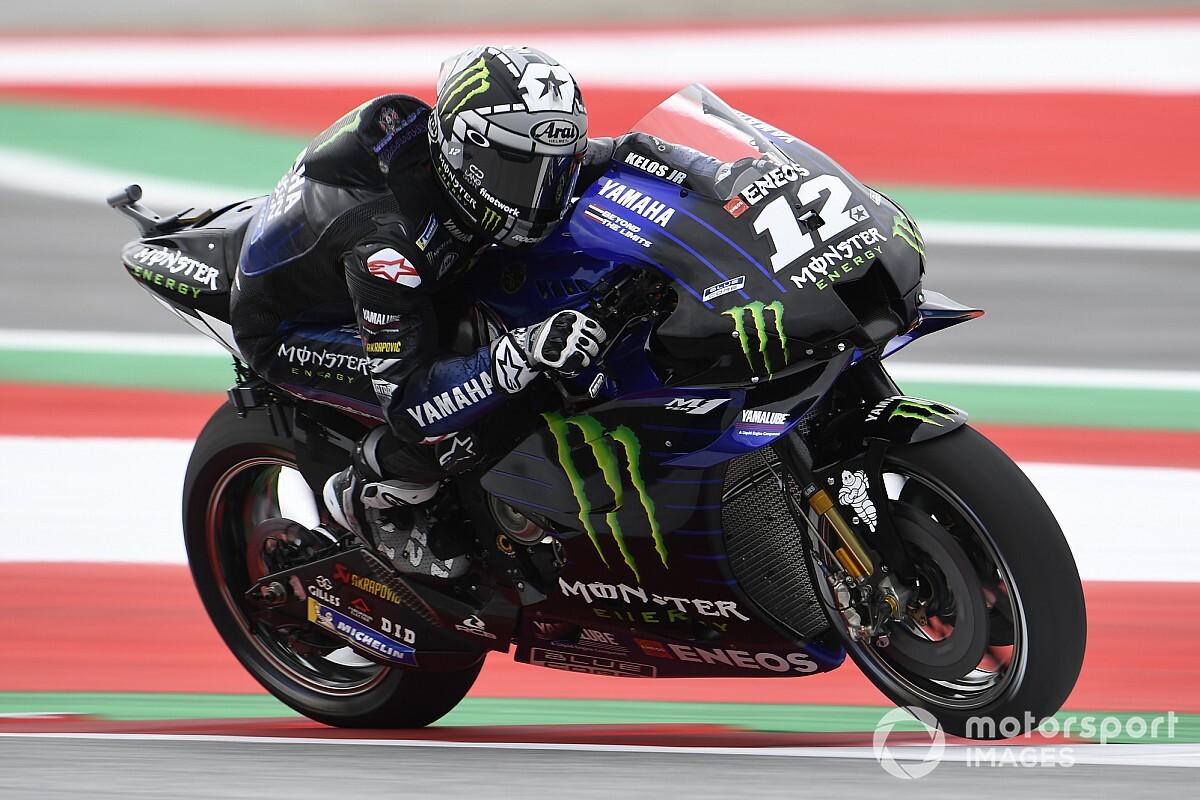 Yamaha’s Maverick Vinales turned around his fortunes after a tough Friday at the Austrian Grand Prix to take MotoGP pole by 0.068 seconds from Jack Miller.

Vinales admitted after Friday he was “lost” with the set-up of his YZR-M1 as the grip issues which blighted his Czech GP had carried over.

But the Spaniard was on fine form on Saturday, getting straight into Q2 in FP3 and snatching his first pole since Phillip Island last year.

Vinales set the early pace in Q2 with a 1m23.892s, engaging in a tussle for top sport with Petronas Yamaha’s Fabio Quartararo.

However, this effort was cancelled for a track limits violation, dropping him to third and elevating Quartararo back to provisional pole.

Vinales brushed this off and re-established himself at the top of the timesheets with a 1m23.694s with nine minutes remaining.

In the closing stages, Ducati’s Andrea Dovizioso – who will leave the team at the end of 2020 – made himself a threat for pole.

One last attempt for Vinales saw him produce a 1m23.450s, which – despite Pramac’s Miller’s best efforts – was good enough for pole.

Quartararo trailed Miller by 0.019s, with Dovizioso demoted to the head of the second row ahead of KTM’s Pol Espargaro – who was left with just one bike for Q2 after a fast crash at the Rindt corner at Turn 9 in FP4.

Joan Mir completed row two on the Suzuki, with Franco Morbidelli heading row three on his Petronas Yamaha ahead of Rins on the sister Suzuki and Q1 pacesetter Johann Zarco (Avintia).

Takaaki Nakagami is top Honda runner on the grid in 10th on his LCR RC213V, with Tech 3’s Miguel Oliveira and Q1 graduate Valentino Rossi (Yamaha) rounding out the top 12.

Espargaro – who had a crash in FP4 - had backed off late in the session at the Rindt corner and ended up getting in Petrucci’s way.

The Aprilia rider was 14th in the end, with Cal Crutchlow 15th on the LCR Honda ahead of Tech 3 rookie Iker Lecuona, who beat Brno race winner Brad Binder in qualifying.