© 2021 Motorsport Network. All rights reserved.
TV Buy tickets Store
Previous / Yamaha would be happy to keep Vinales "for 2021 and beyond" Next / Autosport Awards: Marc Marquez is Rider of the Year again
MotoGP / Breaking news

Pramac Ducati rider Francesco Bagnaia says his superb performance in the opening pre-season test of 2019 in Sepang was “maybe the biggest problem” of what turned out to be a difficult rookie MotoGP season. 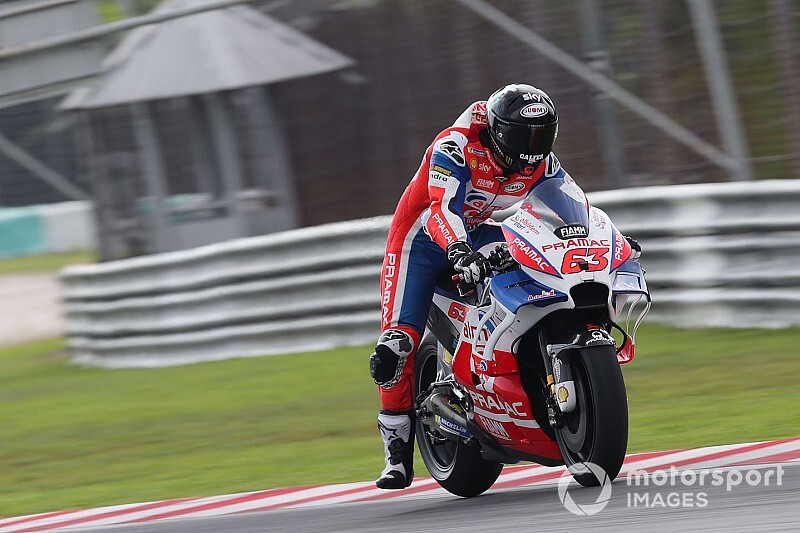 The 22-year-old had been snapped up by Ducati during the 2017-18 off-season, and was widely tipped to head MotoGP’s crop of rookies this year after graduating as Moto2 champion.

This expectation was reinforced by the first test of 2019 at Sepang, where Bagnaia finished just 0.063s behind pace-setter Danilo Petrucci.

Yet Bagnaia would not climb similar heights during the actual campaign, and would end his first MotoGP season only 15th overall, overshadowed by rookie sensation Fabio Quartararo and largely outperformed by the grid’s two other newcomers Joan Mir and Miguel Oliveira.

Reflecting on his debut season, Bagnaia said: “Maybe the biggest problem of this year has been the first test in Malaysia, that I finished second.

“After this test, I thought that can be more easy to be competitive, to be always in front. [It was] back to reality in the Qatar test, where I started to struggle more, and all the season has been very difficult – in the last races less so.”

Bagnaia said problems adapting to the Michelin tyres has played a part in his troubled season, as he had raced on Dunlops throughout his time his time in the Italian CEV Moto3 series and the lower classes of grand prix racing.

“In MotoGP with Michelin it's different and I've struggled to understand it. And it's one of the more important steps that I have to do, to understand better the front and make less mistakes.”

Although he never put together a consistent run of form, Bagnaia did have two eye-catching outings, finishing a strong seventh at the Red Bull Ring and then finishing just half a tenth off the podium at Phillip Island.

“In Australia we had a good race, I really needed a race like this - in the top group, fighting for the podium, has been very positive for my mentality and also for my team,” Bagnaia said.

Having sustained an injury in a strange practice crash during the Valencia season finale, Bagnaia sat out last month's post-season tests at Valencia and Jerez, and is set to return to action for February’s Sepang test.

Having raced with a year-old Ducati this year, he will be equipped with a factory-specification Desmosedici in 2020, as was stipulated in his two-year deal. 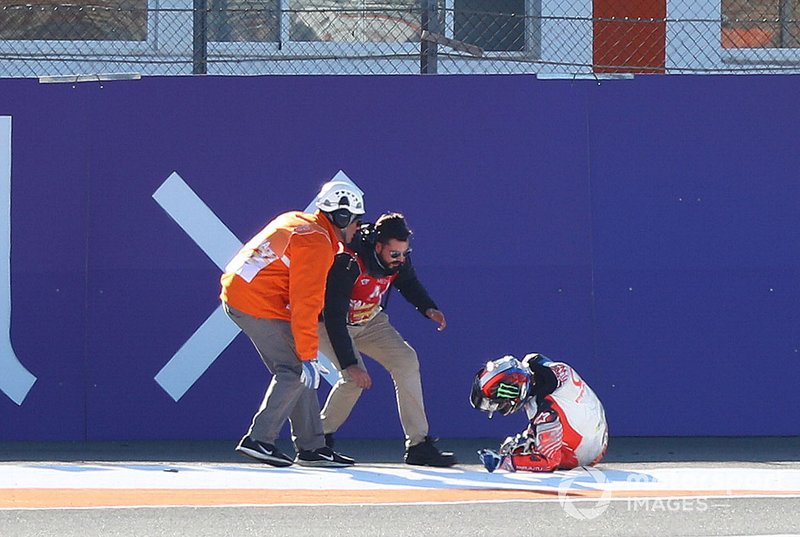 Yamaha would be happy to keep Vinales "for 2021 and beyond"

Autosport Awards: Marc Marquez is Rider of the Year again