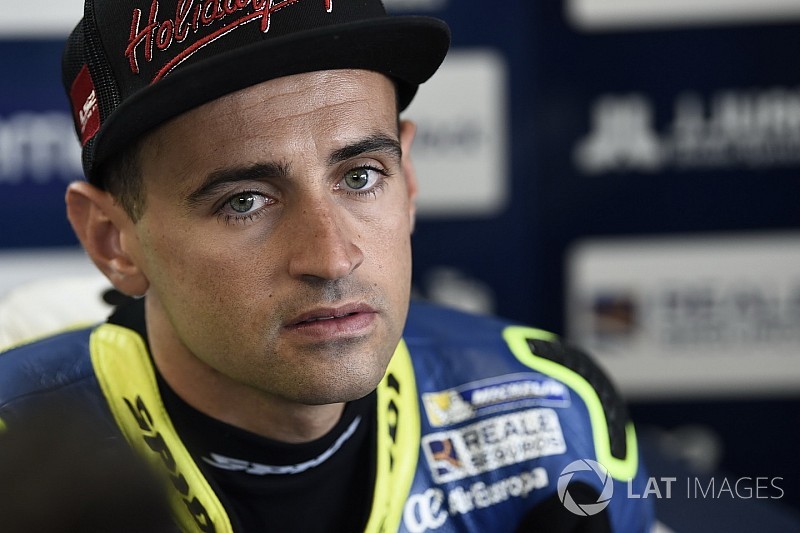 One of the underdog stars of the 2016 season, Barbera has suffered a disappointing '17 campaign on Ducati's GP16, recording just a single top-10 finish at Barcelona so far and trailing teammate Loris Baz – who uses an older-spec GP15 Ducati – in the points.

He is set to join the Pons team, where French youngster Fabio Quartararo will lose his seat after a tough rookie Moto2 campaign.

"[Next year] I'll go back to Moto2," Barbera told Motorsport.com. "Staying in MotoGP for seven years, it's very difficult to stay in front and the Ducati is a very difficult bike.

"Now I want to win, and Moto2 is easier because all the bikes are similar and the rider can make the difference."

Barbera stood in for an injured Andrea Iannone at the factory Ducati squad last year at Motegi and Phillip Island, but crashed in both races.

The 30-year-old said he knew from that experience that this season was set to be a difficult one, as the issues he experienced on the works bike are the same ones he's faced in 2017.

"This year I have had a lot of problems with this bike," Barbera said. "When I do hard braking, I get a lot of vibration, chatter. It's impossible to push.

"When I tried this bike last year in Motegi, also I tried in Australia, both races I crashed. I didn't have a good feeling.

"When I tried it again after [last year's] Valencia GP, the same problem. After 10 or 12 races I have the same problem, it's impossible to push. I've had this problem all year."

Baz, meanwhile, said he would look to return to World Superbikes, where he raced in 2012-14 for the works Kawasaki team and picked up two wins, should he lose his Avintia ride to Simeon.

"Of course it what's I would try, the first option in case I can't stay here," the Frenchman told Motorsport.com.

"I always felt great in Superbike, I made some great results there, I left there a few years ago to come here. It's the second world championship, so it would be the best thing to do if I can't stay here."

Yamaha must improve in wet to win title - Vinales