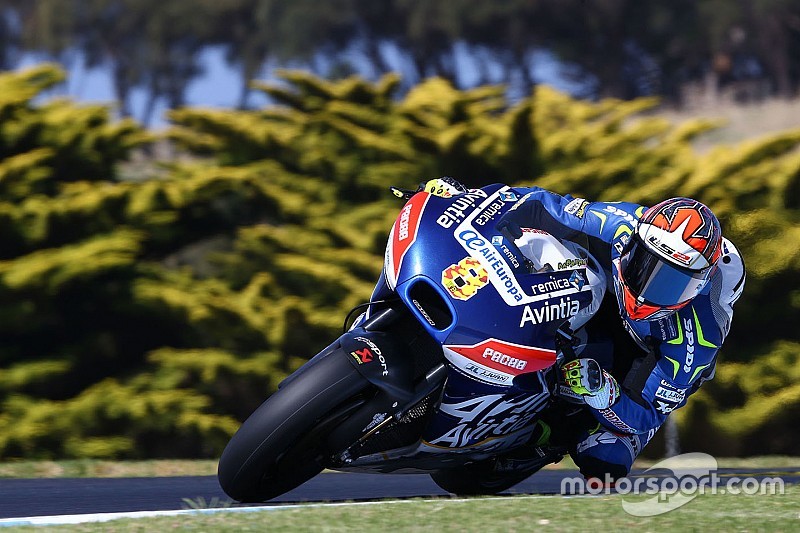 Barbera, who kicks off his eighth season in MotoGP in 2017, broke his left collarbone in a training crash while practicing with a 600cc bike.

The 30-year-old will be operated tomorrow, which puts his presence in the upcoming MotoGP test at Qatar on 10-12 March in doubt.

The Spaniard enjoyed his best MotoGP season last year by taking 10th in the standings, and standing in for the injured Andrea Iannone in two races at the factory Ducati team.

Barbera will spend his fourth season with Avintia Racing, which is renamed as Reale Esponsorama Racing this year.

Barbera is one of three riders to have a 2016-spec Ducati this year alongside Pramac's Scott Redding and Aspar's Alvaro Bautista.

He completed the first two pre-season tests at Phillip Island and Sepang in 16th position in both, 1.2s and 0.9s off the pace respectively.

Barbera is the third rider to get injured during the off-season, after Marc Marquez dislocated his shoulder last week and Tito Rabat crashed at Sepang.

Iannone Q&A: "I've nothing to prove, and nor has Suzuki"