Alvaro Bautista says it is "ironic" that his first chance in the factory Ducati MotoGP team has come after he had already lost his ride in the championship for the 2019 season. 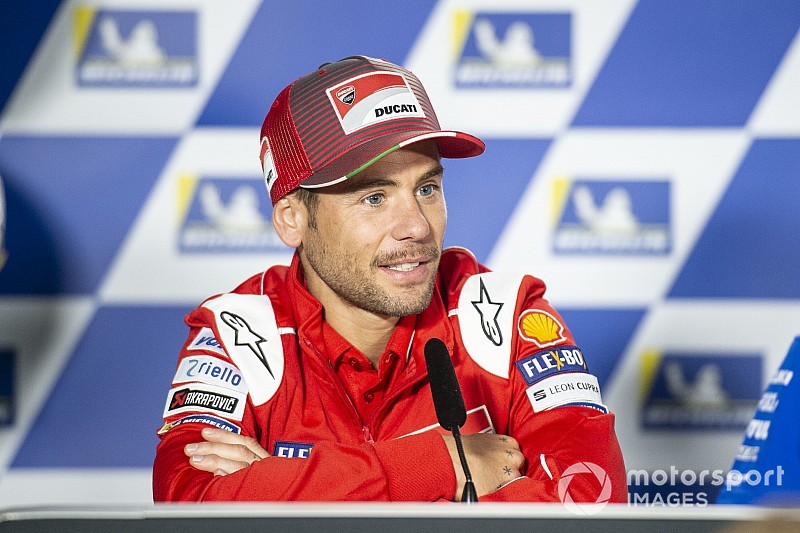 Bautista has raced in MotoGP since 2010, racing Suzukis, Hondas and Aprilias before he joined the Aspar Ducati team last year, and lies 12th in this year's standings with three races to go.

The 33-year-old couldn't secure a ride for 2019 after losing out on the vacancy at SIC Yamaha to Moto2 rider Fabio Quartararo, but Bautista will stay inside the Ducati fold as he joins its works World Superbike outfit.

Bautista was called up to replace the injured Jorge Lorenzo at Phillip Island and the Spaniard found it ironic that his big chance arrived so late.

"It's ironic that today I'm an official Ducati rider and in 2019 I won't be here," he said. "But whatever I do is not going to change anything about next year."

Bautista, who riders a year-old bike at the Nieto squad, will make his debut on the current-spec GP18 Ducati at Phillip Island, one of the weakest tracks for the team.

"This opportunity comes on the worst possible circuit for Ducati," he admitted. "At the moment I don't want to expect anything.

"I got on Jorge's bike yesterday and it's very different from mine, that's why we started with basic things. In my case, the tank is narrower than mine. Jorge drives a lot with his lower body and me with my arms.

"But look at Jorge and [Andrea Dovizioso] and you see that they ride differently. What is clear is that the Ducati that I will have is faster on the straights."

Bautista added that he is getting increasingly excited by his 2019 campaign in WSBK, as he and Chaz Davies are tasked with turning Ducati's all new V4 Panigale bike into a winner.

"My situation is not comfortable but I'm calm; I knew I had to focus on my work," he said.

"I'm happy to be an official rider in the WSBK and every time I think about it I get more and more excited, because Ducati has put a lot of effort into this project."