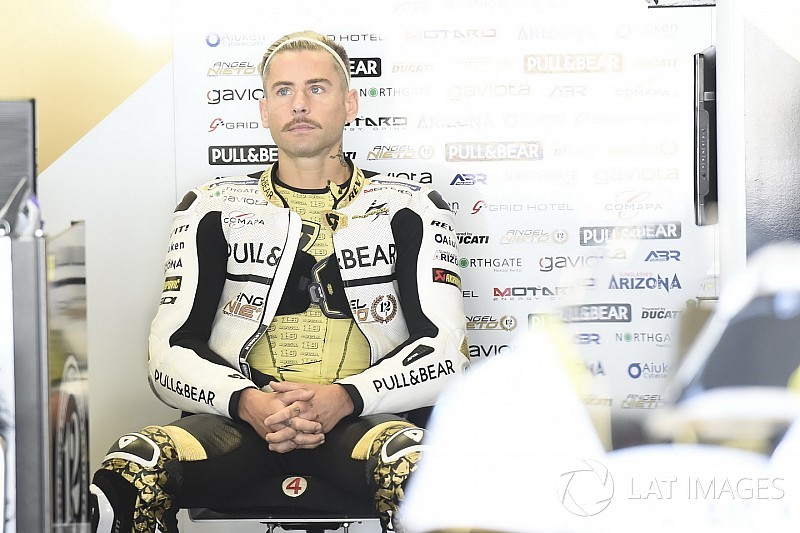 Alvaro Bautista and Fabio Quartararo are the two contenders to take the SIC Yamaha MotoGP ride that had been earmarked for Dani Pedrosa, says Jorge 'Aspar' Martinez.

Honda rider Pedrosa announced his retirement from grand prix motorcycle racing on Thursday, opening up a desirable seat on a factory-backed satellite Yamaha M1 for the 2019 season.

While Valentino Rossi protege Franco Morbidelli is widely expected to occupy one of the new SIC squad's two bikes, numerous riders have been mentioned as possible contenders for the second ride.

However, speaking to Spanish TV channel Movistar, Martinez said the choice would be between MotoGP veteran Bautista - whose Nieto Ducati team is in effect being replaced by SIC next year - and Moto2 rider Quartararo, who recently secured his first grand prix win in Barcelona.

"There are two options right now that are being considered, Alvaro and Quartararo," said Martinez, who will stay on as sporting advisor at the new SIC set-up. "Let's see how it ends.

"There is one young rider with little experience, and another one with a lot of experience who has been with all the manufacturers. For me it's clear, but we have to see what the final decision is.

"Alvaro would deserve another year with a good team like this one, but it's not up to me to make the decision.

"Quartararo is a rider with an unrefined talent. He has had some inconsistent seasons and now he has done two great races [he finished second at Assen after his Barcelona win], but let's see.

"Morbidelli's situation is pretty clear but it's not done. From here to Brno everything will be resolved."

Speaking to media at the Sachsenring on Thursday, Morbidelli admitted the delay to getting his future confirmed related to his existing contract with his current Marc VDS Honda team.

The Belgian squad's place on the MotoGP grid next year is in doubt, with a reduction to 22 bikes a strong possibility for the 2019 campaign.

Gallery: All Sachsenring MotoGP winners since 2002