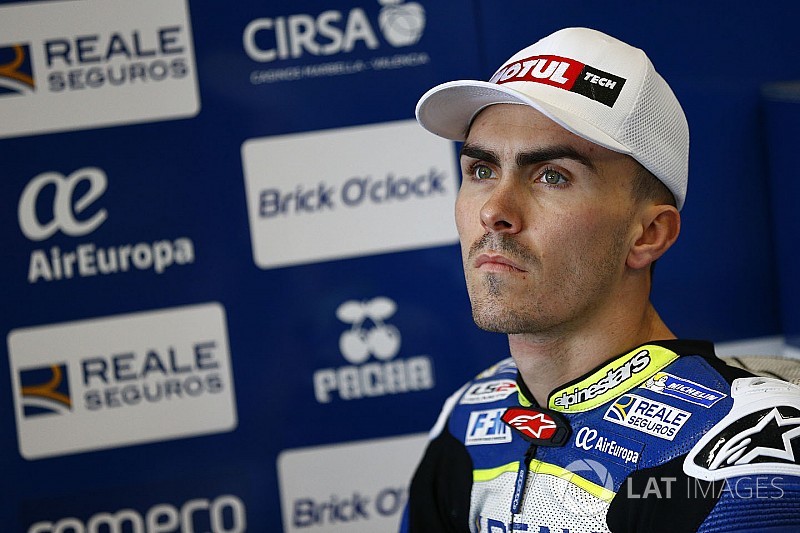 Loris Baz believes he proved in his three seasons in MotoGP that tall riders can be successful, despite claims his height would force him out of the series.

Baz, who measures 6’6’’ (1.88m), made his grand prix debut in 2015 with the Forward Racing team after spending three seasons with Kawasaki in World Superbikes.

The Frenchman switched to the Avintia Ducati squad the following year, but lost his seat as the Spanish outfit opted to hire Tito Rabat and Xavier Simeon for the 2018 campaign.

Speaking to Motorsport.com, Baz said demonstrating to his doubters that he could be quick despite being so tall is his proudest achievement, amid doubts that he would last even a year in the series.

“The thing I'm most proud of is having proven that I can ride in MotoGP and that I have the level to be here,” said Baz, who switches back to WSBK with Althea BMW in 2018.

“Three years ago, everyone said that I would never succeed, that I wouldn't finish my first season because I was too tall.

“In the end I proved a tall person can ride in MotoGP without modifying the bike, can go fast, can do good things: make Q2, finish in the top 10, top five.

“That's what I'm most proud of, because I don't think anyone would have said that three years ago.”

The Frenchman regrets not having had a season in MotoGP on a “top bike”, a fact made harder to take given Avintia was offered two GP17s by Ducati if it was able to retain Baz.

“To not have a season on a top bike [is my biggest regret],” he added. “This one [the GP15] is a two-year-old bike and it already had its problems two years ago.

“It didn't win races two years ago, and it struggled to be on the podium in the hands of the top riders. It's a difficult bike.

“We can say that I earned a good bike next year, since Ducati offered Avintia two GP17s if I stayed.

“It's my biggest regret, to not be able to do this season on a good bike, to see what I can really do."