Baz to stand in for Espargaro at Silverstone

Loris Baz will make his MotoGP return at the British Grand Prix at Silverstone, standing in for the injured Pol Espargaro at KTM. 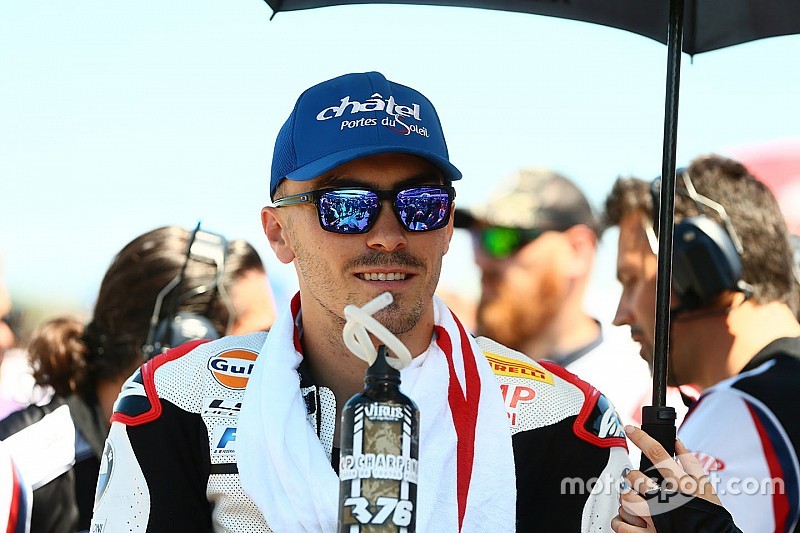 Espargaro fractured his left collarbone in a Sunday warm-up crash at Brno, and sat out the Czech race as well as the following weekend's Austrian Grand Prix as a result.

With test rider Mika Kallio on the sidelines due to a knee ligament injury, KTM did not replace Espargaro for either race, fielding a single bike for Bradley Smith.

Rules mandated, however, that KTM “make every reasonable effort to provide a qualified substitute rider” if Espargaro was unable to recover in time for Silverstone.

KTM motorsport boss Pit Beirer said at the Red Bull Ring that the team would struggle to find a replacement.

Since then, the Austrian manufacturer signed up Randy de Puniet as test rider for the rest of 2018 – but de Puniet had made it clear he would only compete at Silverstone if he had a test to prepare.

Now KTM has turned to another Frenchman in 25-year-old Baz, who'd been competing in MotoGP as recently as last year.

Baz, a World Superbike race winner, competed for Forward Yamaha and Avintia Ducati in his three seasons in the premier class of grand prix racing, before losing his ride at the latter outfit and leaving the championship at the end of 2017.

He returned to Superbikes with the Althea BMW team this year and currently sits 12th in the riders' standings.

The comeback that sealed a motorsport legend