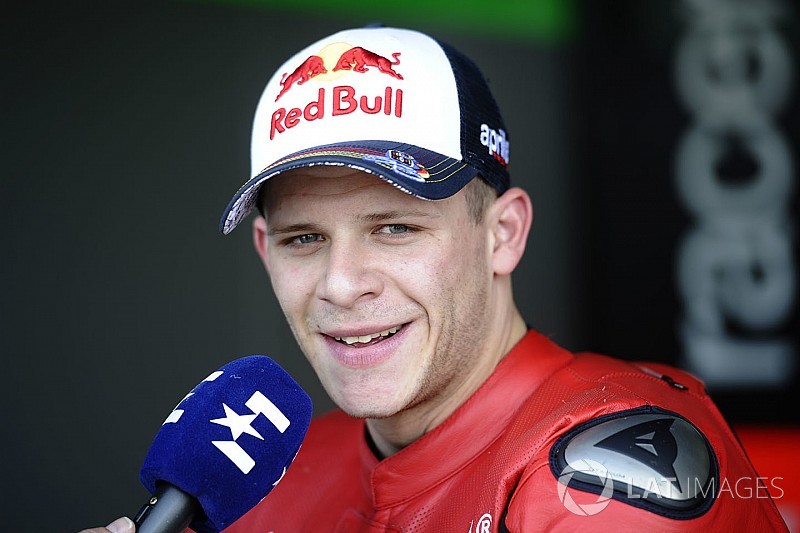 Franco Morbidelli has been forced to pull out of this weekend's German Grand Prix at the Sachsenring, with his place being taken by Honda MotoGP tester Stefan Bradl.

Marc VDS rider Morbidelli had been cleared by doctors on Thursday to race at the Sachsenring after fracturing his hand in a practice crash at Assen, taking part in first practice on Friday with a plate inserted in his hand.

However, he managed to set only the 22nd fastest time, 1.937 seconds off the pace of Andrea Iannone.

It was announced shortly after that Bradl is to take Morbidelli's place for the remainder of the weekend, marking the German rider's first MotoGP start since Valencia 2016.

"HRC called me last weekend if there would be the possibility then if I am ready, and I said yes, I will be there anyway," Bradl told Motorsport.com.

"Finally after FP1, I was watching it, so Alberto [Puig] called me and said if you want you can jump on the bike.

"Of course it is really last minute and it is a big surprise for me but it is great, I love to be here and it is great to kind of get the comeback like this."

After losing his Aprilia ride, Bradl raced for Honda in World Superbikes in 2017 and then switched to a MotoGP test rider role with the Japanese marque this season, with three wildcard appearances planned.

The first of these will be at Brno next month, with further outings expected at Misano and Motegi.