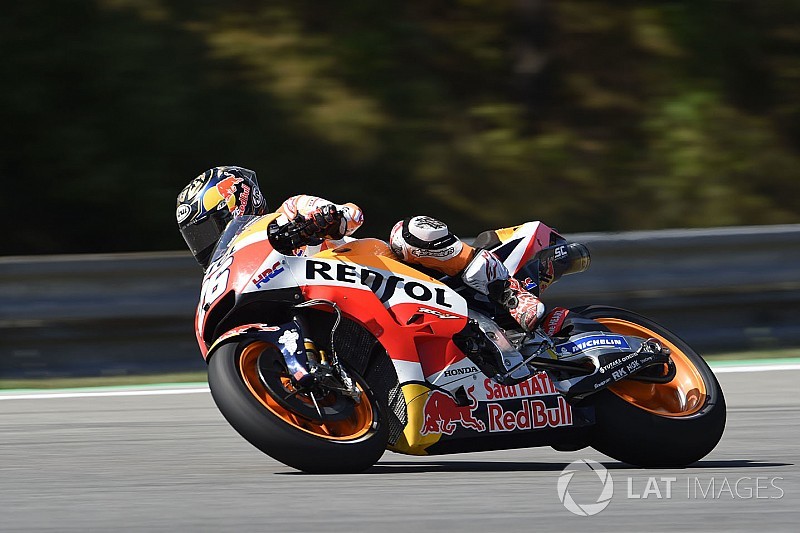 Dani Pedrosa set the pace in second MotoGP practice at Brno, as a mixed-up order left several frontrunners in danger of missing the cut-off for Q2.

However, like in FP1, Marquez was then dethroned Dovizioso, the Italian taking the lead with five minutes remaining as the late-session flyers began.

Dovizioso's lead was short-lived as Pedrosa soon beat him by three tenths, and the Spaniard further improved to end up topping the session with a 1m55.976s.

Angel Nieto Ducati's Alvaro Bautista was third, while Tech 3's Hafizh Syahrin made up a surprise top four as the leading Yamaha rider.

Dovizioso ended up fifth, followed by the factory Yamahas of Maverick Vinales and Valentino Rossi.

As it's the same top 10 in the combined practice order, Suzuki duo of Andrea Iannone and Alex Rins, Jack Miller (Pramac), Crutchlow (LCR Honda) and Ducati's Jorge Lorenzo will all need to improve their position on Saturday morning to avoid Q1.

Honda wildcard Stefan Bradl was 18th in FP2, while Suzuki test rider Sylvain Guintoli propped up the order in 26th.