Ducati looks to have conquered another track it has previously struggled at with Andrea Dovizioso's Brno pole. But will the Italian marque's race pace be enough against Marc Marquez?

Ducati's frontrunning form is no longer a novelty in MotoGP, and the list of the Italian manufacturer's 'bogey tracks' has been reliably shrinking for the past couple of seasons.

On Saturday, Brno became the latest venue to be stricken off, as Andrea Dovizioso took the marque's first pole at the Czech track since Casey Stoner by a quarter of a second.

Brno is not the worst track for Ducati on paper, and the Desmosedici's horsepower edge provides an advantage going uphill, but fact of the matter is this race has not been kind to the Italians, their last Brno podium dating back to the Stoner era in 2010.

That drought should end tomorrow. Ducati has been tipped as a serious contender here, and even before Dovizioso's storming lap team manager Davide Tardozzi was quite confident.

“We don't know why [we've struggled here in the past], but I guess that from this weekend we can recover this problem,” Tardozzi told MotoGP.com.

Across Dovizioso, Jorge Lorenzo and Danilo Petrucci, a podium should be more than realistic. Victory, while by no means out of the question, is a different story. 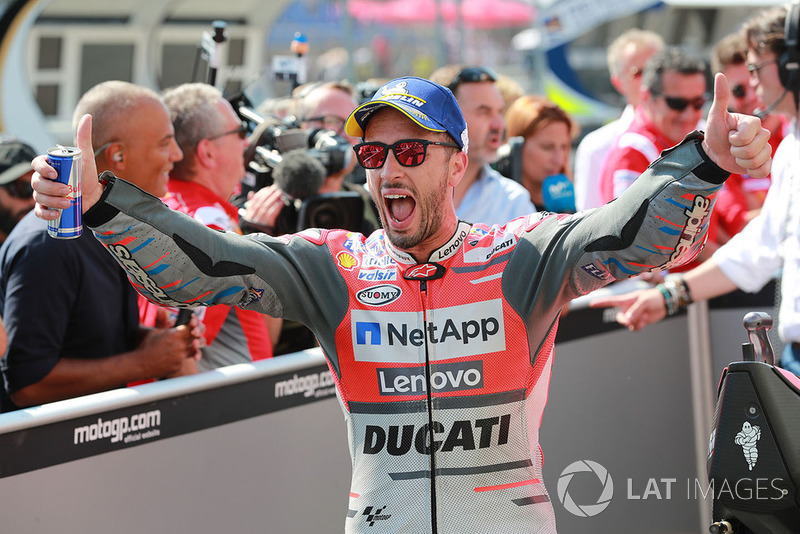 As always, Marc Marquez is the first and biggest obstacle. The championship leader insisted after both Friday and Saturday running that Dovizioso was the man to beat, but his own laptimes compare favourably to the pole-sitting Italian.

Marquez's early-race stints look particularly ominous. In cooler conditions on Saturday morning he was lapping in the high-1m55s range on the medium rear – and while that is surely unsustainable for the race, the Honda rider also managed an excellent run on a fresh hard tyre in FP4.

He topped the session comfortably with a 1m56.149s, but even the slowest lap of that run – a 1m56.607s on hard tyres after seven laps – was quicker than every other rider's best time.

And having extensively focused on race pace all weekend, Marquez indeed showed little disappointment to miss out on pole.

“I already knew before the qualy that [it] would be difficult,” he said. “Maybe with the soft tyre we need something more in a few places.

“But apart from that, we did a great job, especially in FP4, I felt good, this morning I also felt strong on the pace, this is the most important.”

Of course, Dovizioso also leaned heavily into race simulation work this weekend, and ran very worn tyres in FP4. Using a hard rear that ticked over the 21-lap race distance, he was maintaining pace in the high 1m56s bracket.

This was a match for what Marquez was doing on slightly newer hard rubber on Friday afternoon, as well as the reigning champion's efforts on a used medium in FP4.

But what laps Dovizioso did do on fresher tyres were not quite as good, especially when temperature differences are taken into account.

“We did everything we could for the race,” Dovizioso said. “I don't know if it will be enough but I have a good confidence.”

Teammate Jorge Lorenzo, who was on a similar programme to Dovizioso, lines up fourth on the grid, so it's almost expected that he should lead at the end of the first lap, such have been his starts as of late.

His initial pace is pretty comparable to Dovizioso, but the Italian is a few tenths a lap quicker towards the end of the race.

“There are a couple of riders with serious options to win,” Lorenzo reckoned. “Looks like the Honda of Marquez drops a little bit less the pace, but on the race with high temperature with different conditions tomorrow, everything is possible.

“Everyone has the warm-up to see if someone can make the difference in [the] setting.”

The Pramac GP18 of Petrucci has also had its moments this weekend, and when he simulated the second half of the race in FP3 his pace was eye-catching, see-sawing between high-1m56s and low-1m57s, albeit aided by the cooler conditions.

The downside is that his fresh-tyre run in FP4 was a few tenths to a second per lap slower than Marquez. 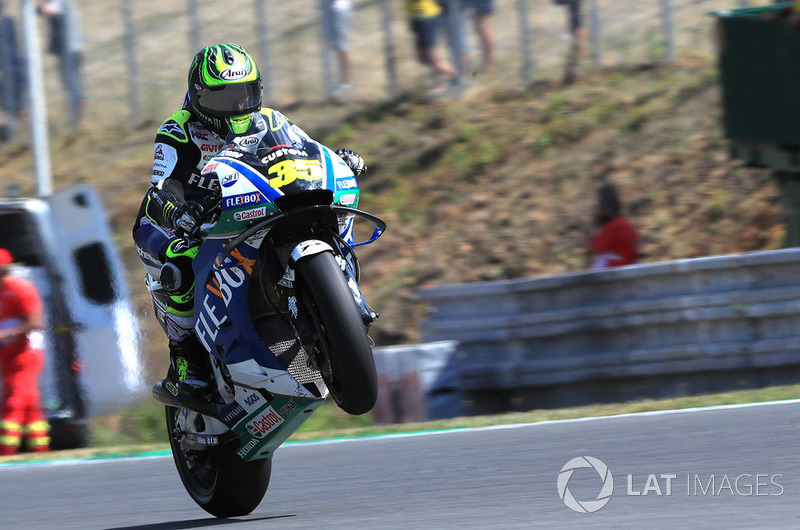 It should be said that Marquez is not Honda's only hope here. LCR's Cal Crutchlow, who won at Brno in mixed conditions back in 2016, also must feature in the conversation.

Crucially, his end-of-race sim in FP4 was very comparable to what Dovizioso was doing, meaning he could be a dark horse contender.

“Honestly, we're in good shape,” Crutchlow said. "From FP4, pace, we used the used tyre, hard front, hard rear, and we have a better pace than some guys with brand new [tyres].”

He also reckoned that Marquez looks beatable, adding: “I think it's closer this weekend than what it has been at other weekends.”

Dani Pedrosa, meanwhile, had a strong hard-tyre run on Friday, but did relatively little work on the second half of the race, and is sure to be hamstrung by having to start 10th.

Suzuki looks to be the third-strongest manufacturer on race pace, which is why both Andrea Iannone and Alex Rins slotted into the top three in FP4.

Both ran fresh tyres in that session, but Iannone's spirits will be lifted by a very impressive, if brief, high-1m56s used-tyre run in the Saturday morning session.

As for Yamaha, there isn't much to be hopeful for. Valentino Rossi lines up a superb second, but hanging on to that will be a tall order.

Rossi has readily admitted that his race pace is “not fantastic”, and the fact that he's used all compounds extensively means there's no real clarity about how badly he could fade late in the race.

Maverick Vinales looks like he may have tyre wear under control, but his pace is simply not very good. His 17th place in FP4 is fairly damning considering he was using relatively fresh softs.

The heat has clearly not helped Yamaha, and while on some weekends where the works bikes faded the manufacturer could count on Tech 3's Johann Zarco, the Frenchman looks to be in a similar boat.

“Valentino is second but doesn't feel so comfortable for the race pace, me neither, but it means if I can go with the top group and stay with them maybe I can wish to reach the top five again,” Zarco said. 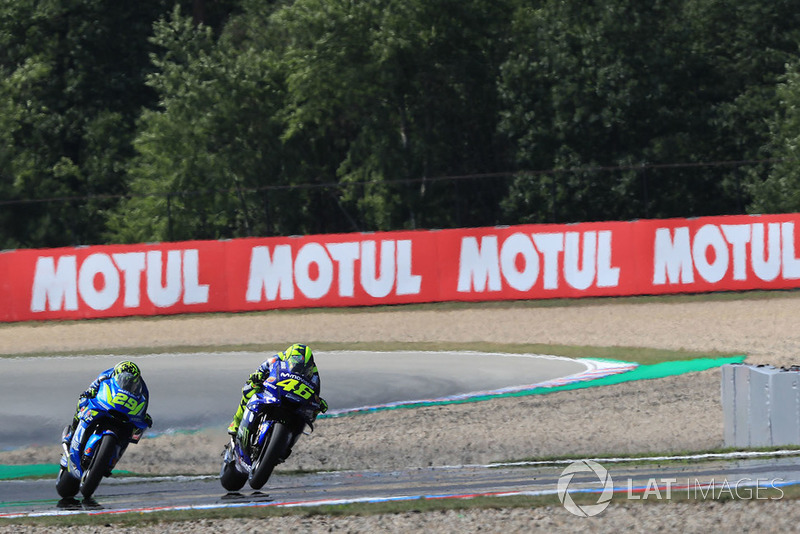