MotoGP could resort to double-headers amid coronavirus 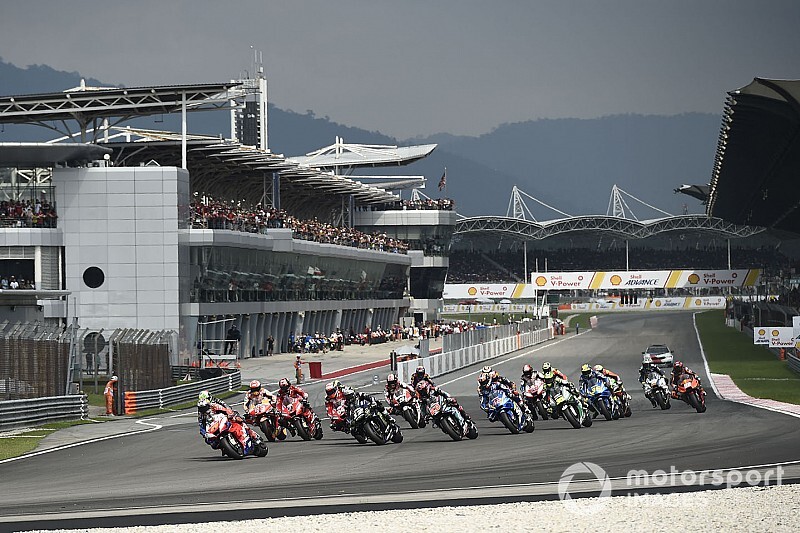 FIM President Jorge Viegas admits MotoGP could resort to running two races in a single weekend should the coronavirus outbreak force more races to be cancelled.

Tighter quarantine procedures in Qatar for travellers from Italy initiated prior to the Qatar Grand Prix meant MotoGP promoters Dorna Sports had no choice but to scrap the season-opener for the premier class.

The Qatar event still went ahead with Moto2 and Moto3, as both championships were already present at the circuit the week prior for pre-season testing.

Due to a ban on large public gatherings in Thailand, MotoGP also had to postpone the second round of the season to October 4.

The new season-opener in Texas is now under serious threat owing to host city Austin declaring a state of emergency at the weekend and the Italian government imposing a month-long quarantine on 16 million of its citizens in the north of the country.

In an interview with Catalunya Radio, Viegas admitted the FIM and Dorna were already looking at new dates for the Austin race as the chances of it going ahead on its planned date of April 5 are now “very low”.

"We are already working to find alternative dates for the race in Austin," said Viegas. “But at this moment things are evolving so fast that we cannot say more.”

MotoGP has to run a minimum of 13 races to fulfil its contract with the FIM, with Dorna CEO Carmelo Ezpeleta admitting last week in Qatar that running events behind closed doors was one option under consideration.

Just days later, organisers for the Bahrain Formula 1 Grand Prix announced it would be doing exactly this for its race on March 22.

Viegas reiterated Ezpeleta’s comments, while adding that MotoGP will run in January if it has to or stage two grand prix at the same circuit in one weekend if necessary.

“Right now I have total confidence that the championship will have more than 13 races,” Viegas added. “If we have to run in January, we will.

“We can hold two grands prix in the same weekend or run behind closed doors. All that [is possible] if there is no other solution.

“In the current situation there are no taboos. You have to be flexible and have imagination.”

Viegas also didn’t rule out the possibility staging races at circuits not on the current calendar, with Portugal’s Portimao and Estoril circuits marked as reserve tracks.

“Portimao is a reserve circuit, just like Estoril," he stated. “In Portugal there are no [travel] restrictions.”